Skip to main content
Centre for Online and Distance Education

This year’s Supporting Student Success workshop organised by CODE took as its theme: Fulfilling the potential of Online and Distance Education. The fourth of four parallel sessions was devoted to what might perhaps be the most important aspect of the topic: our students themselves, and their experience of the disruption brought by the pandemic and of the switch to online. Firstly, Jane Secker and Thomas Hanley from City, University of London, described the experiences of students in one City university department, International Politics, during the academic years 2020-21 and 2021-22. Then Ellen Hauf, one of CODE’s Student Fellows, presented the results of a survey of London University’s students about their experiences of online assessment: particularly, but not only, exams.

This year’s Supporting Student Success workshop organised by CODE took as its theme: Fulfilling the potential of Online and Distance Education. The fourth of four parallel sessions was devoted to what might perhaps be the most important aspect of the topic: our students themselves, and their experience of the disruption brought by the pandemic and of the switch to online. Firstly, Jane Secker and Thomas Hanley from City, University of London, described the experiences of students in one City university department, International Politics, during the academic years 2020-21 and 2021-22. Then Ellen Hauf, one of CODE’s Student Fellows, presented the results of a survey of London University’s students about their experiences of online assessment: particularly, but not only, exams.

Jane Secker, who is a senior lecturer in educational development at City, began by introducing herself and her co-presenter Thomas Hanley, a learning technologist there. She explained that they would be presenting the results of a CODE project conducted in collaboration with a research assistant, Sara Reimers and colleagues from the School of Arts and Social Sciences there.

The politics department at City is a large one, with some 650 undergraduate and 90 postgraduate students; International Politics is one of the largest degree subjects, but there are also programmes in, for example, History and Politics and Human Rights, and postgraduate courses in diplomacy.  Secker explained that the results she would be presenting came mainly from students surveyed during 2020-21, that is, during the pandemic but after the ‘emergency’ shift online in early 2020. Much of the innovation in the department came from a few staff who could be categorised as ‘early adopters’, and the students took part in a wide variety of activities mainly using Teams, Moodle Collaborate and One Drive (the last named for asynchronous group work). All undergraduate and Masters’ students were sent a questionnaire, and eight focus groups were set up for more detailed discussion. All students in each focus group were in the same year group, and students who took part were rewarded with vouchers. Excel was used for quantitative data analysis and Nvivo for qualitative analysis.

Hanley then presented the survey results. Perhaps disappointingly, most students engaged with online activities associated with their learning rarely, with ‘once or twice a week’ the most commonly selected option. One reason for this reluctance to engage is likely to be the preponderance of ‘commuter students’ with long travel times; these students typically have difficulty feeling part of the student community, and so they will have been less motivated to continue interactive activities online. Furthermore, most students stated that they preferred to work alone.

All – or almost all – students valued recorded lectures very helpful; they appreciated being able to play the lectures at their own speed, to take notes and to return to them for revision.  These advantages are particularly important for students with some types of disabilities who find listening and concentrating for long periods difficult. These students, and those whose first language is not English, can particularly value the ability to transcribe lectures.  Although small group activities were not as popular and many students reported ‘Zoom fatigue’, in very general terms they considered that online learning more likely to lead to ‘deep learning’ than more traditional teaching methods.

Secker ended with some useful recommendations for supporting students online, covering the whole of a course’s life cycle:

On that last point, a lecturer in International Politics has produced a useful list of engaging small group activities, often independent of discipline and including ‘ice-breakers’ for building community between students at the start of a module or programme. There is also a report on the survey available in the City University repository.

The Move to Online Assessment 2021: The Distance Learner Experience

CDE Student Fellows are University of London distance learning students who are appointed to work on short research projects supervised by CDE Fellows. One such project recently involved a survey of distance-based students’ experiences of online assessment. The results from this project were presented by one of the two student fellows involved, Ellen Hauf, who had been working under the supervision of Stylianos Hatzipanagos and Alan Tait. Her colleague, Hannah Shekhawat, was listed as a co-presenter although she was unable to attend.

After introducing herself and her colleague, and outlining the role of Student Fellows, Hauf explained that they had interviewed a total of 24 distance students at London University from different countries and programmes: a very small but as far as possible representative sample of the over 50,000 distance students taking London University courses. Slightly more than half of these interviews took place in 2021, and the rest in 2020. Most interviews were conducted face to face, and no time limit was set although few lasted more than 30 minutes.

Hauf reported that, overall, these 24 students reported very positive experiences of online assessment. They overwhelmingly felt that they had more control over their environment and that they had been less anxious throughout the experience. Transport to traditional exam centres would have been more expensive and exposed students to the possibility of delays and, sometimes, to the risk of catching Covid-19.  A number of students, however, thought that questions had been made harder to compensate for the more flexible nature of the assignment.

About two-thirds of students – slightly more from the 2021 cohort – reported that they were extremely happy with the way the university had run their assessments. Where there were discontents, these were largely in two areas: privacy (or the lack of it) and timely information. Students overwhelmingly preferred less intrusive methods of ensuring assessment integrity, such as running submitted assignments through Turnitin to, for example, being required to prove their identity with passports or videoing their study areas. Students with families or demanding jobs (or both) would have liked up to six months’ notice of their precise exam arrangements, which many exam centres have been unable to provide.

There was a very wide variation in the length of the ‘submission window’, or the time between the release of the exam paper or other assessment and the deadline for returning it completed. One MSc programme in public health offered a 24-hour window, whereas some law programmes required submission within 3-4 hours. Overall, students felt happy with the windows that they had been offered, whatever these were. They also appreciated being able to type, rather than hand-write, examination scripts although some reported difficulties with including, for example, equations or diagrams. Some programme directors are looking at training students in the use of software to create these.

Most exam periods were set in UK time, which caused problems for very remote students with short submission windows. One student reported having to start an exam at 4 am local time; she performed much worse in that exam than either her previous record or her results on a similar course with a more sensible start time would have suggested. This is clearly an equality issue affecting students in some countries. Another possible issue of the same kind, access to IT, proved not to be a problem. About 90% of interviewees reported no technical difficulties, and the other 10% only experienced short-lived problems that were easily solved. Interestingly, many reported feeling responsible for ensuring their own access and, for example, buying data so they could maintain connectivity even if their local Internet went down. Another problem that occasionally affected students in some countries was professional bodies not recognising the validity of online exams (one example of this was law in Canada).

Hauf concluded her presentation with one very encouraging finding: every one of the students surveyed would like assessments, including exams, to be conducted online in future. They greatly appreciated the trouble that the university had taken to adapt to the pandemic and provide them with an opportunity to complete their modules and courses. Almost any option would have been better than cancelling exams in 2020 and forcing them to postpone their qualifications, and their experiences had been far better than this suggests. The students did, however, provide two pieces of advice for staff who are keen to improve on this already impressive performance: take note of time zones when setting online exams, and provide as much detail as possible about how the system will work as far ahead of the exam date as possible. 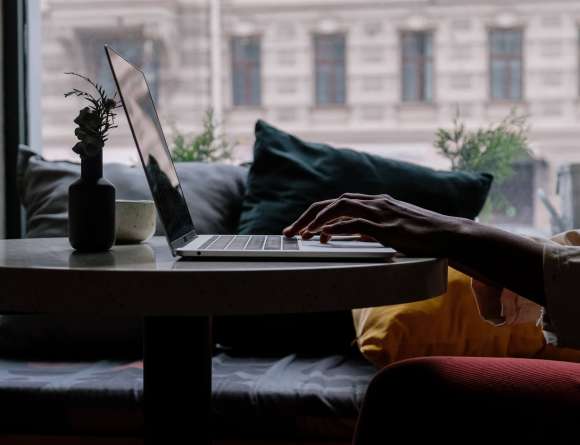 Extended reality and the future of education

Our monthly CDE webinars provide a platform for exploration, exchange and learning from the innovation and development taking place in digital learning.

Hybrid delivery, what difference do we make and deconstructing the water cooler

Highlights of day 3 of the 16th in CODE's acclaimed series of Research in Distance Education (RIDE) conferences, 2022

Redesigning learning, innovating in assessment, and dealing with decolonisation