This module introduces the central events, personalities, movements and ideas that have influenced the history of Christianity from the first to the twenty-first century.

This module is also part of
Divinity

This module provides an overview of the experiences, theological debates and socio-political contexts that have impacted the development of Christianity from a sect of Judaism into a global religion.  It critically analyses notable turning points in the evolution of this religion and highlights both the reforms and ruptures that brought about its three major branches: Catholicism, Protestantism, and Orthodoxy. Students should expect to reflect critically on the reconfiguration of Christianity over time, forming their own interpretation of its historical and contemporary significance.

Tutor in History of Christianity 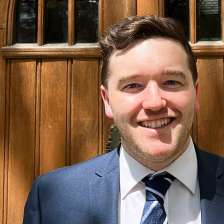 Michael Hahn is a theologian, church historian and medievalist who gained a PhD from the University of St Andrews in 2020.