The course will introduce you to the basic concepts of intellectual property relevant to medical research and development, pharmaceuticals and medical technology, genetic research and public health. You will gain an overview of key current issues, examine some of them in more detail through case studies, and in so doing develop skills and understanding which you can apply to monitor further developments in this fascinating area of the law. You will study the laws of various jurisdictions in the course. Much of the discussion focuses on English law, as shaped also by European Union (EU) legislation, but the aim here is more to illustrate broader legal principles than to give you expert knowledge of this particular jurisdiction, and we will also look at relevant international law and various other national laws. Indeed, the issues raised in this course go beyond the details of particular laws and involve critical socio-economic analysis of the relationship between intellectual property frameworks and the various industries contributing to medical innovation, the possible interaction with research practices and developments, and the consequences for various questions of public health, including individual property interests as well as access to products and information.

Module A: Intellectual property of medicine and its sources

Module D: Property in the person

Each module is assessed by a 45-minute unseen written exam.

It is strongly recommended you attempt Module A first. 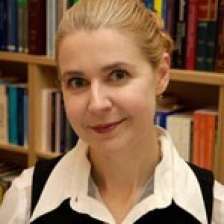 Johanna is also series editor for Intellectual Property, Theory, Culture (Ashgate) and series co-editor (with Trevor Cook) for Intellectual Property: Practitioner Series (Edward Elgar Publishing) and has held numerous research council grants and private research consultancies across a range of intellectual property issues and areas. She has considerable media experience across television, radio and newspapers, including interviews with CNBC, BBC Radio 4, Wall Street Journal, The Guardian and The Times.