It is strongly recommended you take these modules in order. 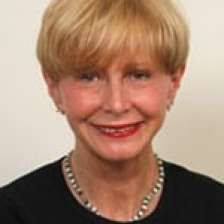 Professor Malgosia Fitzmaurice holds a chair of public international law at the Department of Law, Queen Mary University of London (QMUL). She specialises in international environmental law; the law of treaties; and indigenous peoples. She publishes widely on these subjects.

She has delivered a lecture on the International Protection of the Environment at the The Hague Academy of International Law. Professor Fitzmaurice was invited as a Visiting Professor to and lectured at various universities, such Berkeley Law School; University of Kobe; Panthéon-Sorbonne (Paris I). During 2013-2015, she was involved (with Professor Valsamis Mitsilegas) in a multi stakeholder project funded by the EU Commission on environmental crime. Professor Fitzmaurice teaches undergraduate and LLM modules in international environmental law and the law of treaties. She also supervises PhD students.