Module A: Evolution of the law of foreign investment

Module D: The case-law on the treatment of foreign investment

It is strongly recommended you complete Module A first, followed by module B. 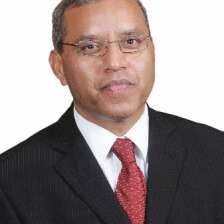 Professor of International Law, Surya Subedi is the author of three study guides. He is a practising Barrister in England and Wales, is the United Nations Special Rapporteur for human rights in Cambodia and is a member of a high-level Advisory Group to the British Foreign Secretary. He has published extensively in international law, aimed at advocating fairness and promoting the rule of law in international affairs. He has been elected to the Institut de Droit International, was a member of the Water Resources Law Committee of the International Law Association (ILA) and served as a UK member of the Committee of the ILA on Legal Aspects of Sustainable Development. Her Majesty the Queen of the UK has appointed Professor Surya P. Subedi an Honorary Queen's Counsel (QC) in recognition of his contribution to the development of international law.