In this course we will initially look at the historical move towards affording protection to persons who may be deemed to be a refugee. We will examine what is meant by the term refugee, the classical definition, as well as investigating the main international instrument which determines whether or not someone is defined as a refugee. This course also covers the European dimension to refugee law, the rights of refugees and contemporary issues in refugee law and will give you a strong overall understanding of International Refugee Law and its ongoing importance.

Module A: The development of, and responsibility for, international protection of refugees

Module B: The European dimension of refugee law

Module C: The rights of refugees

It is strongly recommended you complete Module A first. 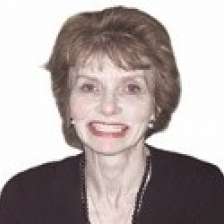 During this time she remained as a Visiting Professor at RGU. Prior to joining RGU in 2003 she was Head of Napier University Law School in Edinburgh and Director of its Masters Programme in International Law. She is a member of Lincoln's Inn as a non-practicing barrister a part-time judge of the First tier Tribunal (asylum and immigration).