It is generally advisable that students on this course have some previous general acquaintance with Jurisprudence and Legal Theory. A student absolutely new to the subject must undertake some extra reading. As a postgraduate student, you should use this chance to develop your depth of understanding of this difficult but fascinating and important subject. Jurisprudence is a fascinating subject because of the immense range of intellectual endeavour it embodies. It is difficult to think of another subject that requires you to:

Think in directly practical terms: ‘Should this beneficiary receive the money to which that testator has said the estate should go?’ ­

Make highly abstract judgments: ‘By virtue of what does language have meaning?’ ­

Judge perceptively what is morally permissible: ‘Should beneficiaries who murder testators in order to ensure their inheritance, receive that money?’ and ‘If Parliament creates a statute, does it follow that anything that statute appears to permit, is morally permitted?’

Most students find that it is the intensely practical but intellectually challenging nature of the subject that is its main attraction.

Students are not required to have taken an undergraduate course in Jurisprudence, but it will be assumed that they will have some familiarity with standard works in the field up to LLB standard.

Selected topics in the development of Anglo-American legal philosophy from the origins of utilitarianism to the present day, including contemporary debates on philosophical method and the nature of law.

Selected topics in the development of liberalism, including the ideas of liberty and equality and their relevance in the present day to our understanding of community, economics, cultural diversity and feminism.

Each double module is assessed by a 90-minute unseen written paper. 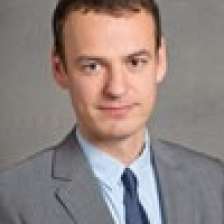 Professor Letsas is currently the Co-Director of the UCL Institute for Human Rights and Co-Editor of UCL’s Quain Lecture Series in Jurisprudence, published by Oxford University Press. He was formerly the Co-Editor of Current Legal Problems, published by Oxford University Press. In 2011-2012, he was a Senior Emile Noel Fellow at New York University (NYU), Faculty of Law. Since 2006, he has co-chaired the UCL Colloquium in Legal and Social Philosophy, convened by Ronald Dworkin (1999-2007), G.A. Cohen (2008-2009) and John Tasioulas (2011-2014). 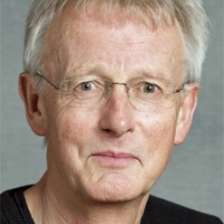 Stephen Guest is the Emeritus Professor of Legal Philosophy and a Principal Research Associate of University College London (UCL). He graduated with honours in both Philosophy (1971) and Law (1973) first class from the University of Otago in New Zealand, receiving the New Zealand Butterworth Prize in Jurisprudence, and taught Logic for two years for the Otago Philosophy Department before becoming a research student of Professor Ronald Dworkin at University College, Oxford. With Professor Jo Wolff of the UCL Philosophy Department, he co-chaired with Dworkin the distinguished and internationally well-known annual Colloquia in Legal and Social Philosophy at UCL from 1999 to 2006 (see End of a Golden Era?)

He was also staff editor until 2008 of the UCL Jurisprudence Review, the student edited law journal he founded in 1994. A Barrister and Solicitor of the NZ High Court, and Barrister of the Inner Temple, he was a tenant at 199 Strand, London, from 1993 to 2005.