The relationship between religion and ethics is about that between revelation and reason.

This module is also part of
Divinity

Adherents to religious belief hold that God (however understood) has revealed insights into the true meaning of life, collected into sacred texts, and often supplemented by ‘tradition’, the accumulated wisdom of communities. From a strictly humanistic perspective, ethics is based on ‘reason’, so that anything that is not rationally verifiable cannot be considered justifiable. Such ethical principles are valued for promoting autonomous and responsible individuals who are capable of making decisions for their own good and that of the society within which they live. The challenge then is to establish some common ground between them, not only to avoid a destructive collision between the two, but to set the scene to expand the possibility of making constructive approaches to contemporary ethical issues.

Tutor in Religion, Philosophy and Ethics 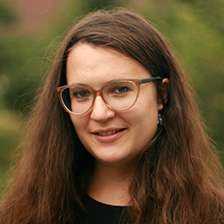 Sarah Pawlett Jackson is a philosopher with primary research interests in intersubjectivity, social cognition, phenomenology, ethics and philosophy of religion.