✔ Help improve the University of London website. Take part in our short test.

This course begins with the study of various models of how states structure their relationship with religion, such as the established church and the separation of church and state.

This course is also part of
Divinity

It examines how the political motivations of religious people can shape a range of political issues, from the anti-apartheid movement of the late 20th century to terrorism today, and takes a fully global perspective to consider the roles of religions in large scale issues of conflict, peace, and democratization.

Section B: Political engagement and activism

Tutor in Religion and Global Politics 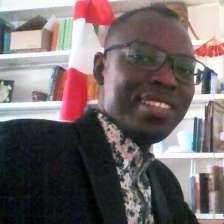 Stephen Kapinde is a Franz Humer scholar with a PhD in Theology from the University of Basel, Switzerland.