The course is intended not only to provide a basic grounding in Russian law and institutions, but also to extend your intellectual horizons and abilities. We hope that it challenges you and that the skills developed or enhanced will find application in your other studies and professional career. We will be concerned with the development of the law, legal system, and legal institutions of what is popularly known as ‘Russia’, but equally is correctly and officially known as the ‘Russian Federation’. We will consider such developments from the tenth century to the present time. By ‘law’ we will mean that term in its broadest possible extent, including formal legislation, customary rules, relevant rules of international law and individual treaties and legal doctrine along with anything else treated by the Russian state or by Russian jurists as comprising part of ‘law’. For our purposes ‘legal institutions’ will encompass all law enforcement agencies or any other agencies of the state (or empowered or authorised by the state) that are concerned with the law in any manner whatsoever. The author of this course is trained in both the Russian and Anglo-American legal tradition and this course on Russian law and legal institutions can also be considered a course on comparative law.

Module B: Foundations of Russian law

It is strongly recommended you attempt Module A first.

You can either apply for these modules individually or as part of the Postgraduate Laws programme. (In either scenario, they must be studied in order.) 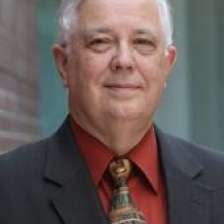 William E. Butler is a jurist and educator, the John Edward Fowler Distinguished Professor of Law, Dickinson School of Law, Pennsylvania State University (2005-) and Professorial Research Associate, School of Oriental and African Studies, University of London (2006-), and Emeritus Professor of Comparative Law in the University of London (2005-). He is a pre-eminent authority on the legal systems of Russia, other members of the Commonwealth of Independent States (CIS), and Mongolia. He is also extensively involved in the fields of public and private international law. He is the preeminent authority on the law of Russia and other former Soviet republics and the author, co-author, editor, or translator of more than 120 books on Soviet, Russian, Ukrainian and other Commonwealth of Independent States legal systems. Professor William E. Butler is also a former Professor of Comparative Law and Director of The Vinogradoff Institute, UCL.

"The study guide for my own subject is intended to stimulate your mind, raise questions which lead to further questions and invite you to read and review the materials from a more profound perspective as you read and re-read them. That is what learning is all about: not merely the accumulation of information (interesting as it may be) but the use of that information to develop your analytical skills – in this case using Russian Law and Legal Institutions as an entrée to, or exercise in, comparative law."