What does "republicanism" mean in contemporary French politics? Is there a difference between real and fake human rights?

If you are interested in one of our undergraduate programmes, please join us in London on Friday 8 July for our taster courses. You will have the chance to experience a French Studies course and/or an International Politics course, as well as meet staff and student ambassadors.

French republicanism and its discontents

In France, the idea of the “nation” and of the “Republic” are deeply intertwined. To be French means to be a republican. The notion of the Republic is commonly and interchangeably associated with a political system and its institutions; a historical moment (the French Revolution of 1789); a set of ideas (Enlightenment philosophy, political liberalism, the Rights of Man, laïcité); symbols (the tricolour flag, Bastille Day, the Marseillaise); and universal values (liberté, égalité, fraternité).

Reminders of France’s republican identity are everywhere: from street names to school classrooms to the façades of public edifices. In addition to these countless visual reminders, public discourse is replete with republican references. French politicians are adept at “republicanizing” party names (Les Républicains, La République en Marche) and speeches through concepts such as “ordre républicain”, “école républicaine”, “police républicaine”.

From the French #MeToo movement to the Justice pour Adama movement, a new generation of activists are challenging dominant framings of French republicanism and developing new understandings of "what it means to be French" in contemporary France. In this taster course we will discuss the significance of "republicanism" in contemporary French politics.

The French Studies taster course will then be followed by a 30-minute introduction to life at ULIP and a coffee, tea and cookies reception, where you will have the opportunity to meet the lecturer and chat with student ambassadors.

Is there a difference between real and fake human rights? Who decides?

Philosophers and lawyers argue amongst themselves about how real human rights (freedom from torture?) can be distinguished from fake ones (a right to the internet?). This debate, however, is also a political one. The last four decades have seen increasing struggles at the United Nations and elsewhere over who gets to define human rights in practice. This Taster Course illustrates some dramatic real-world consequences of these apparently theoretical questions.

The International Politics taster course will be preceded by a 30-minute introduction to life at ULIP and will then be followed by a coffee, tea and cookies reception, where you will have the opportunity to meet the lecturer and chat with the student ambassadors.

Please note that this taster course is taking place in London.

Get a taste of one of the French Studies modules and experience what a course is like at the University of London Institute in Paris. This 45-minute French Studies Taster Course entitled 'French republicanism and its discontents' will be delivered by Dr Edouard Morena.

Discover our prestigious location, as well as a detailed overview of our International Politics and French Studies programmes and ask any questions you may have about what it's like to study and live in Paris.

It will be followed by a coffee and tea reception for those who attended the French Studies taster course and wished to mingle with staff and student ambassadors.

It will be followed by a coffee and tea reception for those who wish to mingle with staff and student ambassadors. 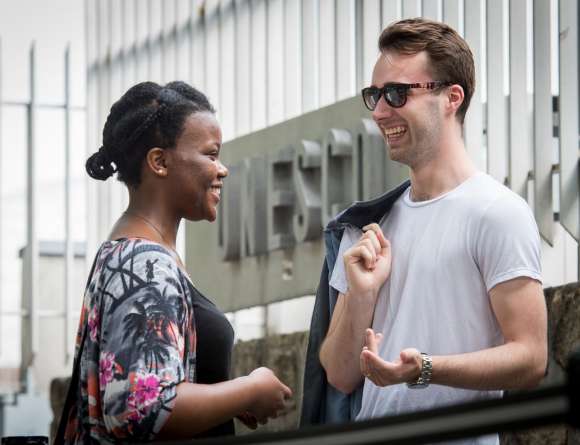 Our unique three-year degree programme, delivered entirely in English in the heart of the French capital, will enable you to learn about “doing" international politics while gaining international experience. 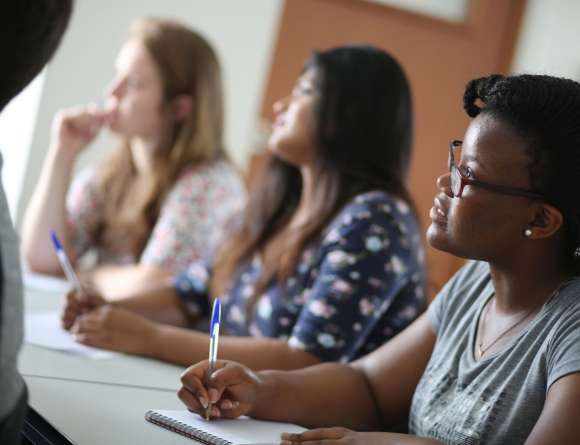 Our distinctive three-year BA in French Studies degree programme provides a truly unique opportunity to study the language, culture and history of France from the heart of the French capital and the gateway to the francophone world. 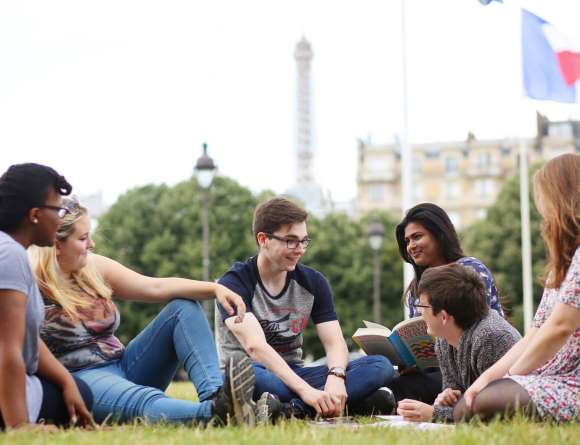 10 reasons to study with us in Paris

Discover what makes the University of London Institute in Paris unique, and why you should study with us.