The Quantification of Urban Space 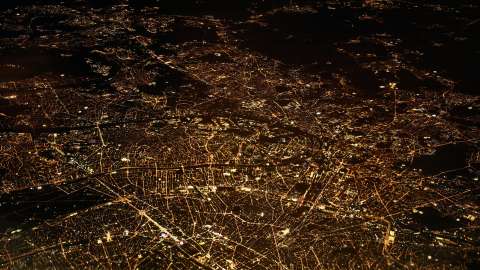 The Quantification of Urban Space

The Quantification of Urban Space: an introduction

We live in a world of numbers. Weight and length are measured before birth. Footsteps are tallied. Square footage is priced. Air temperatures are calculated. Ice melt is tabulated. From the most intimate aspects of our lives to the global scales of our planetary environment, our world and lives are quantified. This comprehensive quantification project began with the European Enlightenment when scientific communities in London and Paris raced to triangulate the surface of the Earth and to determine a universal standard measure.

The Enlightenment project of triangulating the Earth’s surface, determining the prime meridian and the basis for the metric system, was an ambitious international attempt to rationalize space into a geometric grid. Quantification of terrestrial space meant translating previously understood qualities that were specific to particular bodies, objects, temporalities, and sites to universally accepted numeric quantities. While there had been multiple practices of quantification before the eighteenth century—the British imperial system among them—the institutionalization, systematization, and globalization of a standard set of numerical references marked this effort apart from all others. The claim of universality was not merely based on the inherent value of a number, but on the creation of new agencies and institutional practices that sustained and justified methods of quantification for political aims. At a moment when Britain and France were expanding its colonial empires, quantification became an expedient means not only to represent but to conquer and govern space.

The use of quantification methods extended beyond mapping. Consequences included the execution and implementation of the census, the development and use of social statistics, the growth of actuarial science, the economization and monetization of space, and the invention of financial instruments, leading to forms and practices of urban speculation that could not have been possible before. Of course, there were many aspects to life and society that were not and could not be circumscribed by counting, as well as enduring efforts to challenge the inequalities perpetuated and created by quantification. The current difficulties tracking and tracing COVID cases make evident that counting is not neutral but tied to political systems, cultural practices, and social values, and that feedback onto how our lives are defined and given meaning.

The Quantification of Urban Space aims to understand the social, cultural and epistemological consequences of this comprehensive quantification project on the urban forms and inhabitants of metropoles such as London, Paris and beyond. Scholars and practitioners will be invited to present their research and to discuss the meanings and effects of quantification in our society today. The aim is to develop a dialogue about the ways in which our urban landscape and social experiences have been and continue to be framed by numbers.

The Quantification of Urban Space: the programme

The tremendous international efforts to map the Earth based on a universal mathematical reference marked the beginning of a thorough rationalization of space. The resulting coordinate system of quantitative representation would determine the composition and management of cities and their buildings as well as their governance through labor and economics. Yet, the assimilation of quantification methods extended beyond mapping and thoroughly penetrated all aspects of governance.

The programme is divided into two parts.

PART ONE – Mapping and Measures

Mapping and Measures, explores the methods and modes in which urban space has been and still is quantified through mapping techniques, numerical measures, and visualization technologies. Beginning with ontological questions of what is mapped and what is not, or cannot be, this panel discussion moves from historical considerations of how space and lives were translated into quantitative values, how numbers gained authority, and the ways numbers mediate how cities and lives are shaped, to critical and counter methods of mapping, measuring, and narrating history.

The quantification of space conditioned the rise of a specific kind of financial speculation as the idea of property itself became linked to quantitative values. The speculative practices around real estate, however is just one consequence of the fusion of space with numbers. Others include the vast social and economic disparities found on multiples scales from the most intimate to the global, as well as new forms of agency and subjects that have been negotiated through speculative practices. This theme’s cluster of events seek to consider the ways in which quantitative models of urban growth have been used develop urban spaces and practices. On the one hand, how have practices of quantification created speculative practices on economic and political terms? On the other, how have these same practices mismeasured the world, our lives, and our relationships? How have they brought confusion, distortions and misunderstandings while claiming clarity and transparency? What opportunities are there to consider different critical methods of speculation, precisely through the mistakes and lacunae of our measurement systems?

Each part includes a key-note lecture, a panel discussion, and a workshop session. All events will be delivered online. The workshops are aimed at graduate students and junior faculty drawn from the partner institutions of ULIP, UCL and QMUL, but participation is welcome from interested parties coming from other places, and if you are interested in participating, you are invited to get in touch with Anna-Louise Milne on anna-louise.milne@ulip.lon.ac.uk.

Join Dr Min Kyung Lee, the Banister Fletcher Global Fellow, for this talk that will address how the drawing of maps of Paris has come to define modern space.

This online panel conversation and its associated workshop, gathering scholars and practitioners from both sides of the Atlantic, will explore the methods and modes in which urban space has been and still is quantified through mapping techniques, numerical measures, and visualization technologies.

This workshop discussed how to map 30 years of forced displacement in Columbia through the project Conflict Urbanism Colombia, developed in collaboration between The Center for Spatial Research (Columbia University) and the Masters in Peace Building at the Universidad de Los Andes.

Building on her first lecture ‘The Geometry of Modern Paris’, Banister Fletcher Global Fellow, Dr Min Kyung Lee, will open the second lecture of this series with a focus on Interwar France, plotting the intersections between military motivations and the emerging field of urbanism.

This panel conversation will gather a vibrant group of speakers from the fields of architecture and art history, urbanism, sociology and law to discuss questions of speculative practices that operate often elusively at the heart of contemporary experience.

This workshop is aimed at graduate students and junior faculty drawn from the partner institutions of ULIP, UCL and QMUL, but participation is welcome from interested parties coming from other places.

Past and upcoming events

Check our upcoming and past events. Missed our event? Do not worry, we record most of our online events and make them available on our YouTube channel. Simply click on one of our past events below to view event details and access the recordings. 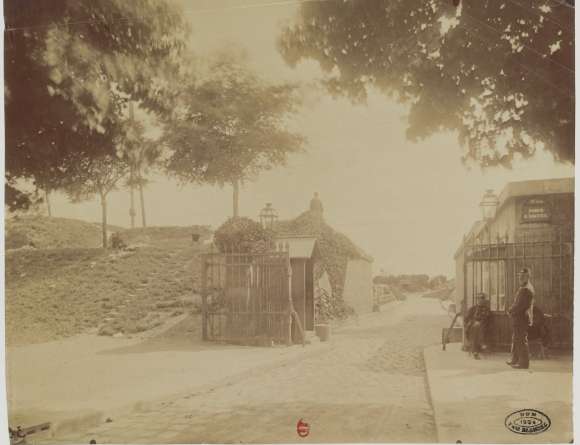 Building on her first lecture, Dr Min Kyung Lee will open the second part of this series with a focus on Interwar France. 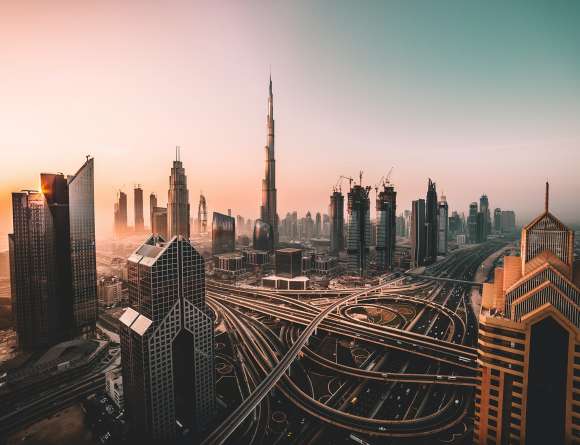 This panel conversation will gather a vibrant group of speakers to discuss questions of speculative practices. 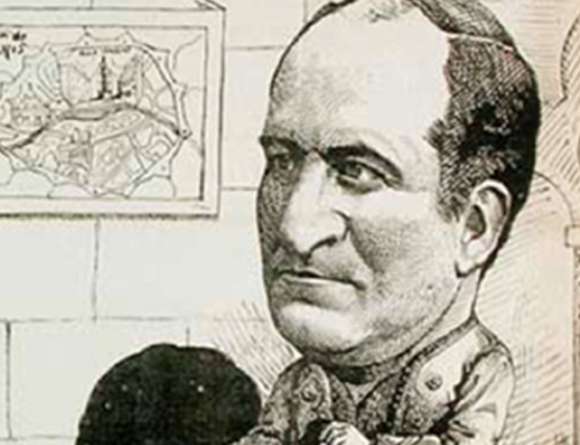 Join Dr Min Kyung Lee, the Banister Fletcher Global Fellow, for this talk that will address how the drawing of maps of Paris has come to define modern space. 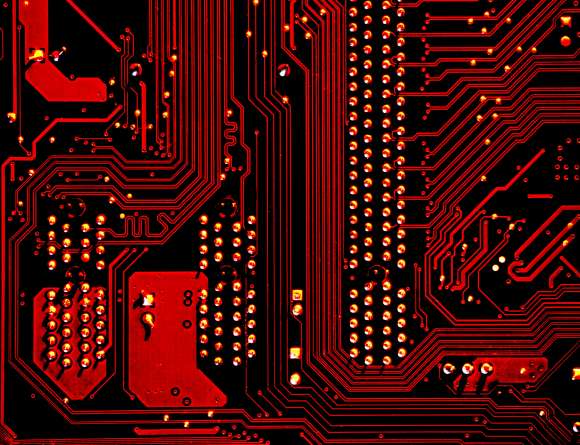 Min Kyung Lee is an architectural historian, who studies the relations of mapping, architecture and urban planning, and whose work intersects with histories of science, media theory, and geography. She is completing a manuscript titled, The Tyranny of the Straight Line: Mapping Modern Paris, and has written about cartographic and aerial representations of French cities in the Journal of Urban History, the Journal of Architecture RIBA, Art in Translation, and various edited volumes. Her research also extends to migration histories of the built environment, and is currently carrying out a project, Mapping Wigs and Plywood: Korean Migration and the African-American Urban Landscape. Drawing from material culture and feminist and race theories, this work investigates the ways which the economic policies of post-war Korea intersected with the development of African-American neighbourhoods in the United States. Her work has been awarded fellowships and grants from The Mellon Foundation, the Deutsches Forum für Kunstgeschicte, The Getty Research Institute, The French Ministry of Education, and the Camargo Foundation. She serves on the editorial board of Oxford Bibliographies-Architecture, as a contributing editor for platformspace.net, and on committees of The Society of Architectural Historians and The Society of Architectural and Urban Historians - Asia. She is Assistant Professor of Modern Architecture in the Growth and Structure of Cities Department at Bryn Mawr College.