This three-year Major/Minor programme based entirely in Paris provides a grounding in various aspects of politics and international relations along with the opportunity to acquire a high level of proficiency in the French language.

Uniquely combining everyday exposure to French language and culture for the full three years of your study, supported by intensive small-group teaching, this course will enable you to fully realise your academic potential and graduate with a University of London degree.

All applicants must show they meet a minimum academic English language standard for admission and to be successful on the course, to the indicated levels for the area of study. English requirements if education non conducted in English: IELTS 7 overall, including 6.5 in Writing and other subscores no lower than 5.5, or equivalent qualification.

With the globalisation of markets, expertise in modern languages is becoming increasingly important as candidates with intercultural skills become more and more sought after by employers. The skills developed in our BA in French Studies with International Relations are highly valued, especially for anyone planning to embark on an international career in diplomacy.

The University of London Institute in Paris offers a unique Major/Minor programme of study delivered over three years of residency in Paris. Not only does it offer everyday exposure to French life and language, enabling you to acquire a high level of proficiency in the French language, but it will also give you the opportunity to gain a specialist focus on the political and diplomatic issues in the francophone world, Europe and internationally.

Supported by intensive teaching in small groups, the majority of which are delivered and assessed in French, the BA programme will also prepare you for graduate work in a range of disciplines including the humanities, international relations, law, education, translation, applied linguistics and communications.

The University of London Institute in Paris is at the heart of a metropolitan capital city which offers many resources such as libraries, museums, theatres and cinemas. Living and studying in Paris will not only allow you to apply course content in real life, but will also enable you to become a near-native speaker and show employers that you are mature and adaptable in an international environment.

Some of the degree benefits include:

The BA in French Studies with International Relations is delivered in three stages, each of which comprises one year of full-time study during which you will follow courses to the value of four units (one unit is equivalent to 30 national credits). You will take 90 credits in the Major subject and 30 credits of the Minor subject in each year of study. The programme provides progressive structures enabling you to develop increasingly specialised knowledge and understanding of key themes alongside core transferable skills.

The degree programme lasts three years, as opposed to the usual four for a Modern Foreign Languages degree in a UK university.

Teaching is delivered through a combination of lectures, seminars and workshops. Courses are assessed through coursework, oral presentations (individual or group) and formal written examinations. Depending on the range of Options taken in Stages 2 and 3, you will have 55-75% of your courses delivered and examined in French. The minor subject, International Relations, will be taught entirely in English.

In Major/Minor programmes, students take 90 credits in the Major subject and 30 credits of the Minor subject in each year of study. Download an overview of our modules, or continue to find our programme outline*

Students would also choose 2 to 3 additional modules from the following list:

*All courses listed above are subject to availability.

"Nearly a quarter – 22 per cent – of companies whose employees took part in the survey were said to have insufficient languages capacity to meet their needs."

This quote from the Born Global report demonstrates how companies increasingly need to recruit graduates who are fluent in languages other than English.

Earning a French Studies degree with a specialised focus in International Relations will not only enable you to communicate, present and defend your views clearly in another language, but it will also develop your critical thinking as well as analytical and cross-cultural understanding. Above all, living in a foreign country for three years will demonstrate to future employers your ability to be independent and adaptable.

ULIP graduates have gone on to work in a wide range of sectors, including:

The cost savings involved in completing your BA in French Studies with International Relations in just three years can also make postgraduate studies in areas such as law, accountancy and international relations, more accessible.

The University of London Institute in Paris charges an annual tuition fee for the BA in French Studies with International Relations. This fee will vary depending on whether you are a resident of the UK or whether you are applying from outside the UK as an international student.

The UK government sets guidelines on who is eligible to pay the UK rate of fees. Details can be found on the UKCISA website.

Please note that international fees are subject to inflationary increases year on year, during the three years of your studies.

Being a UK institution, UK students are eligible for student financial support from the Student Loans Company.

This means that if you are eligible for government funding you do not have to pay anything up front. Please visit our Finding funding section for further information on applying for government loans and university bursaries.

If you have any further questions, please contact us via our contact form where help will be on hand.

Applicants receive detailed guidance on UK and French sources of funding available to ULIP students. The Student Services team is on hand to provide guidance on how to apply.

Students can also consult Queen Mary’s Student Advice Guides which covers ways to finance their degree and can also receive specialist support on all financial and welfare issues through the Advice and Counselling Service.

All candidates should apply through UCAS (Universities and Colleges Admissions System).

Short-listed candidates are invited for a phone or online interview. When possible, interviews are held before the annual Applicant Open Day, otherwise known as "Journée de Rencontres", which normally takes place in April. This event gives applicants and their guests an opportunity to meet staff and current students as well as to find out more about ULIP.

Applications should be made online at www.ucas.com 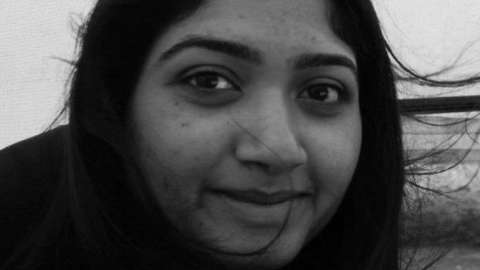 I was keen to improve my French spoken skills and transferring to ULIP and living in Paris where I had to speak French in my everyday life and not just my French Oral Classes was absolutely the best way to build my confidence.

Reasons to study with us

Find out more about studying in the heart of Paris by completing our form to receive a link to download our digital prospectus.