Mind and matter: how my home city fuelled my passion for studying

Studying with the University of London has sharpened my understanding of the place in which I grew up.

When I was a kid, my mother used to take me to South Bombay, into the maze of lanes through an opening where two huge buildings looked down at me and my 7-year-old self looked up at them with awe and fascination. The street was Dalal Street and the buildings were the Phiroze Jeejeebhoy Towers and the Rotunda. There was a string of names, numbers and symbols that flashed in a circular ring adorning the Rotunda, in colours of green and red that always excited me.

I’m almost 20 years old now and pursuing a course that has me directly dealing with the very nature and dynamics of these strings of names and numbers. I hold a strong belief that trying to understand the stock market has become a huge part of me. Those buildings were the BSE (Bombay Stock Exchange) buildings and Dalal Street is the Wall Street of my city.

I’m currently pursuing the BSc Economics with the University of London, which gives me the opportunity to satiate my curiosity around the dynamics and functioning of financial markets, the key economic factors that shape the past, present and future of all its players, and which make those stock figures flash in red or green. Driving a strong connection from my childhood, when I learn about all of this in modules like Corporate Finance or Macroeconomics, my eyes glint with the same fascination as if I were a 7-year-old again, standing on Dalal street.

I live in Mumbai (Maharashtra, India) formerly known as Bombay, and still referred to as the latter by me and my fellow ‘Mumbaikers’. Given that I’ve been born and brought up in the same city all my life, it would be an understatement to say I know the city fairly well. Its diversity, cultural or otherwise, its noise, its colourful personality, never cease to amaze me.

An amalgamation of thriving business, contrasting culture and absolute magic, this ‘City of Dreams’, India’s once financial capital, has something in store for anyone and everyone who comes to seek solace under its roof. I am one such person, but by default. In the multitude of regions in India and the multi-dimensional crowd thriving in Mumbai, I am a Gujarati. I come from a background of individuals whose skills, interests and inquisitiveness primarily lie in just one thing - business; or as it is said in my mother tongue, ‘dhandha’. What that means is that my mind is inherently prone to think from a sense of practicality, and it naturally understands profits and losses, costs and benefits.

Thus for me, studying economics and finance came as a calling, it was something that spoke to me in a language I could understand, and what better intersection of logic, numbers and rational thinking than these two fields. The University of London gave me the perfect opportunity to study an internationally recognised degree from the comfort and convenience of home, where I can contrast, compare and apply my knowledge in the financial and economic hub of India.

Priyanshi is studying the BSc Economics and Finance via distance learning in India. 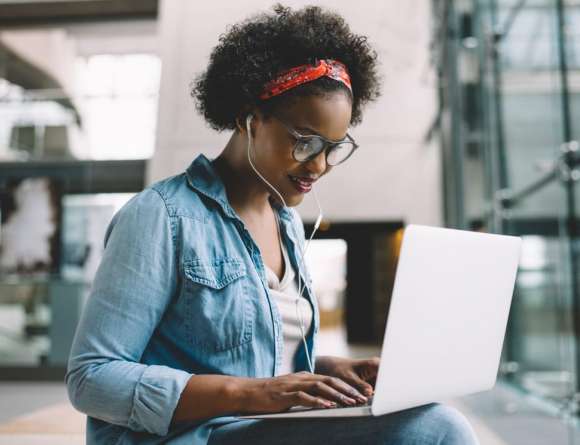 Making time to learn: how online study fits around your career

We spoke to BSc Computer Science students about how they manage their studies with work, family and other commitments. 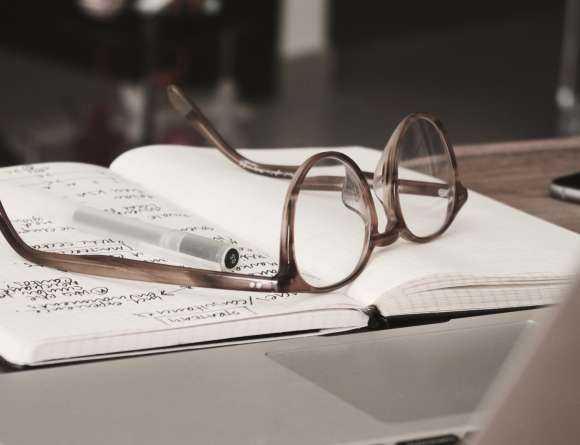 Want to be a top undergraduate economics researcher? Hit the 'Study' button

The best news of my entire undergraduate career: The Steering Committee of the prestigious Carroll Round in Georgetown University accepted my research. 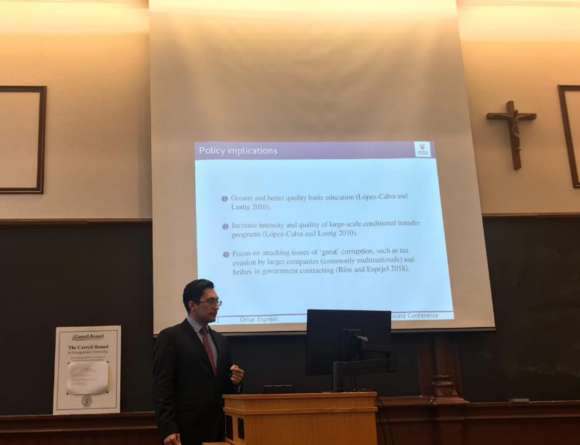 Independent study: you have everything you need!

Self-study, curiosity and a range of great resources led me to a prestigious economics research conference.