Want to be a top undergraduate economics researcher? Hit the 'Study' button

My economics research was accepted by the most important economic research conference in the world. If I can do it, you can too.

In March, I received what would easily be the best news of my entire undergraduate career: The Steering Committee of the prestigious Carroll Round in Georgetown University had accepted my research work to be presented at the 18th Annual Conference, held from April 11th through to the 14th. Later on, I was informed that I am the first flexible and distance learning student from the University of London to attend, which increased the pleasant surprise of being accepted at the most important undergraduate economic research conference in the world.

The Carroll Round is promoted in leading economics departments around the world as a forum for research and debate among top undergraduate students. A document by the Harvard Economics Department best summarises what the Round is and how it works: ‘Through a globally competitive application process, the 25-30 selected students present their original research. Topics have ranged from US monetary policy and high frequency trading to migration patterns in China and children adoption/laundering. These students hail from the world’s leading programs, including but not limited to Chicago, Columbia, Duke, Harvard, MIT, Penn, Princeton, Stanford, Yale, Cambridge, Oxford, and LSE. To date, around 500 students have participated, making the Carroll Round the premier conference of its kind.’

My paper is called ‘Fighting Corruption: The Corruption-Inequality Trap in Latin America’ and studies the effect of the fighting against corruption on income inequality in one of the most corrupt and unequal regions of the world. Using Instrumental Variables estimations and correcting for measurement error, the article shows that corruption has an equalizing effect on income distribution; and, in turn, that inequality tends to increase the level of corruption. For the first time, there is evidence of the existence of a corruption-inequality trap in Latin America. Attempts to reduce corruption directly will increase inequality, consecutively, this will increase corruption, returning in the best of cases to the initial point. In other words, the fight against corruption will not be fruitful if, at the same time, inequality in the region is not addressed.

To be honest, I did not expect to be accepted into the Carroll Round. Most, if not all, accepted college students attend the Economics Department of their university every day and take face-to-face classes with some of the world's leading economists, and then they can go to their dorms to study full time for their next examinations. Finally, they would prepare their honours dissertations with the help of at least one faculty advisor and be encouraged by the Department to send their research to the Carroll Round and hope for the best. I am by no means a full-time student and I do not have a tutor or advisor for my research. However, I have something that seems to be more equal to and more than enough to be accepted in this number one "premier conference of its kind", and that is a large amount of course material from the University of London and the Online Library.

Where did I learn the instrumental variables approach used in my paper? In the Economics of Development guide written by Professor M. Vesal of LSE. Where did I find inspiration to write about such a topic? In a couple of articles written by Professors S. Dobson and C. Ramlogan-Dobson, which I downloaded from the Online Library. Where did I learn to evaluate if my econometric estimates are well specified? I just downloaded the Elements of Econometrics guide from the VLE. How did I get research grants with some of the best economic researchers in Mexico and Colombia? I just told them that I am an undergraduate student at the University of London.

In other words, it seems that everything you need  to become a top undergraduate economic researcher can be found by clicking the ‘Study’ button  on the student portal, and by not being afraid to promote ourselves as undergraduate students of the University of London.

I want to thank all the professors and administrative officials of the University of London. Although I have not had the pleasure of meeting them face to face, they have changed me for life. I was accepted to present my undergraduate research in Washington DC and there is no doubt that I would not have achieved it without all the staff of the University.

If I did it, then all the students at the university can do it. We are on the right track, just press the 'Study' button and innovate!

Omar is studying BSc Mathematics and Economics by distance learning in Mexico. 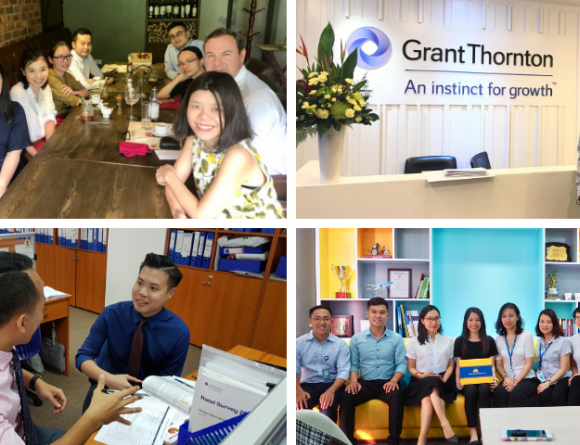 Having successfully completed business placements within prestigious organisations this year, our EMFSS students share their experiences.