Charlene Hunter has been working as a developer for more than 10 years, most recently as an independent contractor. But she can trace her passion for tech back to her childhood when she began coding at a young age. When she realised how rarely she met other black women working in the sector she decided to take control and set up a new not-for-profit networking organisation. Two years later, Coding Black Females now offers developers at any stage in their career the opportunity to learn from and inspire each other and empower the next generation to achieve success.

The lack of diversity in the tech sector is regularly highlighted by industry reports, independent surveys and articles in the media. Explanations are often given, ranging from the lack of female role models to the gap in the talent pipeline going right back to schools.

Yet still the problem remains: in the UK tech sector women make up only 12% of boards and just one in nine senior leaders comes from a black, Asian or minority ethnic background. One young, black woman working in London’s vibrant tech community has decided to take action.

Having studied maths at university, Charlene Hunter was no stranger to being in the minority. “People at uni were often really surprised when I said what I was studying. They were like, ‘A black woman doing maths? That’s really weird.’ I guess the stereotype is a room full of white men. That unconscious bias is definitely true in tech as well – the expectation is that those are not the sorts of roles that women do.

“Personally, in my time as a developer I haven’t met many other black, female developers – but I assumed there must be others out there! So in 2017 I decided to create Coding Black Females as a way to meet other women like me.

“At the first meet up we sat in a bar and talked about being developers and how we’d got into tech. Since then it’s evolved and we have meet-ups every two weeks, with around 20 or 30 people coming along to code and learn together. Often we’ll have a speaker, or we’ll send questions or topics around beforehand and have a discussion as a group, so there are always chances to learn something new.

“We also share opportunities and tickets to attend conferences and some members are even arranging a holiday. It’s about having the chance to share our experiences with each other so we don’t feel so isolated in the space.”

The women I’ve worked with have all been amazing. I think because we’re in the minority there’s more pressure on women to stand out and be incredible at what they do.

One of the biggest challenges Charlene has faced in her career has been imposter syndrome.

“I don’t know why but I always used to start something and then stop because I assumed other people would know more than me. I worried I wouldn’t have anything valuable to say or contribute. But actually, in my experience the women I’ve worked with have all been amazing. I think because we’re in the minority there’s more pressure on women to stand out and be incredible at what they do.”

Looking back, Charlene admits her own career inspiration came indirectly from her father.

“I think my dad was a massive influence – he has a software company. I started coding when I was just 10 and I’d been exposed to it a lot more than some of my friends at school, but I was actually trying not to do software. I studied maths thinking I’d go into accountancy but when I worked in accounting roles over the summer – doing things like payroll or book keeping – those jobs just didn’t get me excited. When it came to actually choosing a career, developing just felt much more natural and I went on to study a Master’s in Computer Science.”

My advice to anyone wondering if it’s the right path for them is to have a go at building something – anything you’ve ever thought of making, whether it’s a website or an app for your phone, give it a go.

So what does she believe is putting other young women and people from black and minority ethnic backgrounds off a career that she herself has found so rewarding? And what can we do to tackle the stereotype of a ‘male and pale’ industry?

“I think people from minority groups can look at a company website and not see themselves represented. They have the assumption that because it looks very white and male dominated then ‘it’s not for them’. But it doesn’t mean we don’t belong there – it actually means there’s more we can bring to a role because we’ve got our skills plus a different perspective.

“The other misconception people have is that you have to excel at maths and so it could be too hard for them. You don’t have to be brilliant at maths to be good at computer science. There are also a lot of black women who are brilliant at maths but pursue other career paths, such as finance. My advice to anyone wondering if it’s the right path for them is to have a go at building something – anything you’ve ever thought of making, whether it’s a website or an app for your phone, give it a go. If it gets you excited then go and study computer science, there’s so much more you can learn.”

Find out more about how you can join the exciting world of tech with a BSc in Computer Science from the University of London. 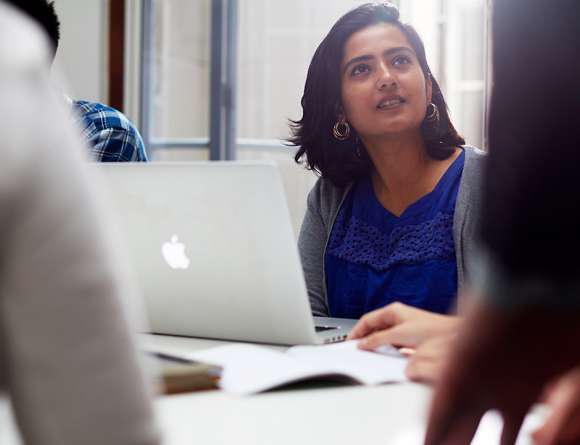 It’s not a man’s world: how we can encourage more women into tech

We speak to current student, Amanda Maria Bizzinotto Ferreira, about why being in the minority hasn’t put her off pursuing her tech ambitions. 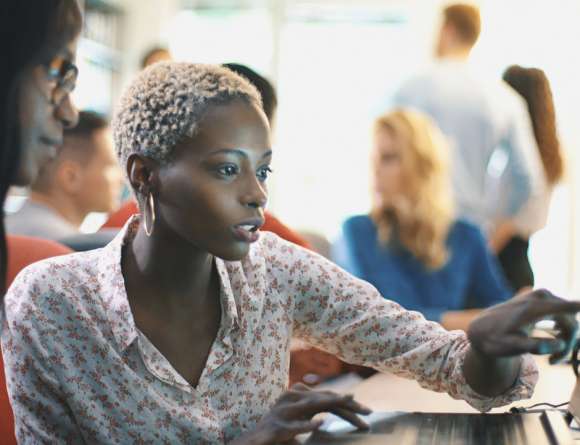 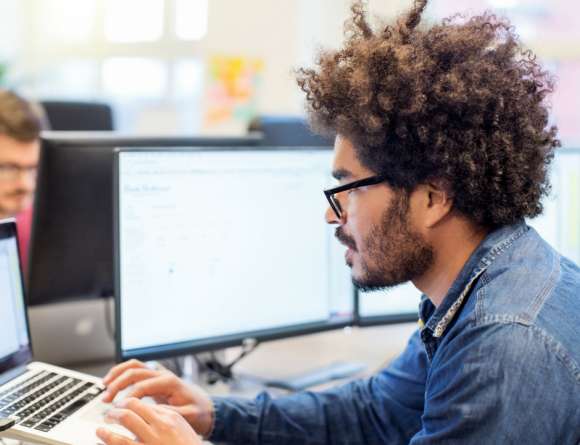 The BSc Computer Science degree prepares you for the jobs of the future. Apply your creativity to in-demand technology.