When first investigating the theme for the Childhood in Dickensian London exhibition to mark 150 years since Charles Dickens’s death, myself and co-curator, Leila Kassir, wanted to explore his role as social critic and commentator through his journalism, speeches and literary works. This broad idea was eventually narrowed down to focus on Dickens’s depiction of children and childhood and its connections to the experiences of real ‘Dickensian’ children. The subject enabled us to feature material that related to Dickens life and work as well as drawing on the vast range of material in the Library’s collections on the campaigns and legislation intended to improve children’s lives. Here I look at how we brought together our exhibits and how they reflect the Library’s rich holdings of nineteenth century material. 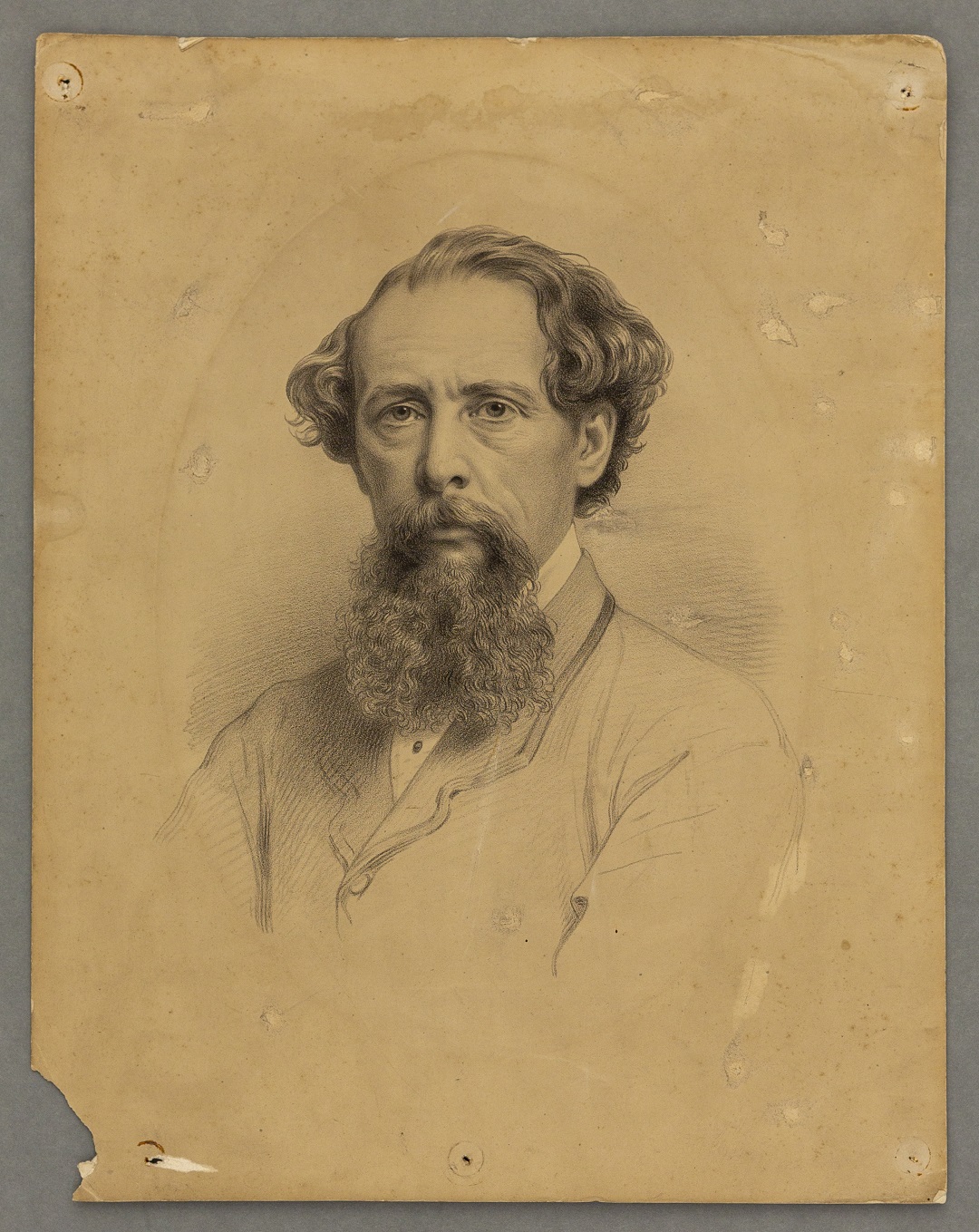 A Wealth of Dickens

Nineteenth century English literature is a distinct strength of Senate House Library. The collections hold multiple editions of Dickens works, including rare part-works, periodicals and newspapers published by Dickens and featuring his work, both fiction and journalism, responses to and reworkings of his texts and ephemeral material related to his life, death and legacy. Many of the copies we chose to display are first editions and original part-works from the Sterling Library, a collection of fine and first editions of English literature. Illustrations depicting Dickens’s child characters are a key aspect of the exhibition and several of important illustrators who worked with Dickens are featured including Hablot Knight Browne (”Phiz”), George Cruickshank and Frederick Pailthorpe. Among the characters we chose to include are staples of popular culture- Oliver Twist, the Artful Dodger and Little Nell-and perhaps lesser known children such as little Paul Dombey and the Marchioness.

David Copperfield (1849) is a key exhibit as Dickens drew on his own experiences of working and living alone as a child in David’s story. Dickens’s own life and the impact of his death in 1870 is shown through obituaries and his posthumous biography written by John Forster. We are also very fortunate to be able to display objects loaned from the Charles Dickens Museum, including a blacking bottle from Warrens, the factory Dickens worked in as a child. 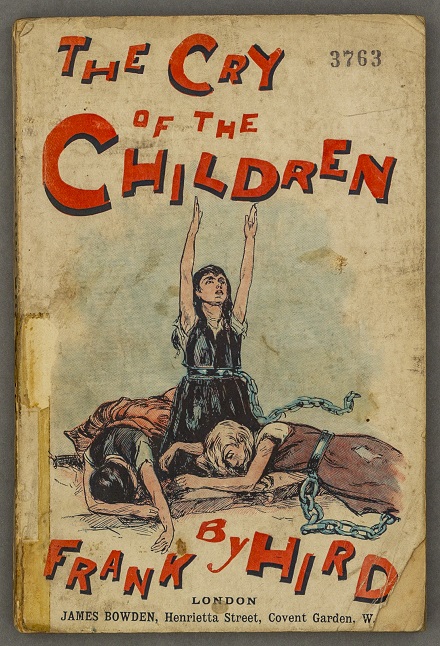 Beyond Dickens, campaigning works are a key part of the exhibition. The immense social and economic changes of the nineteenth century gave rise to charities and campaigns intended to improve the living conditions, education, employment and care of children. Several exhibits come from the Family Welfare Association Library, material collected principally by the Charity Organisation Society in the late 19th and early 20th centuries on the work of charities in a wide range of areas. The collection includes an extraordinary array of pamphlets and ephemera. Among those on display are guides to and accounts of women’s work as poor law guardians, workhouse visitors and campaigners for the boarding-out system. Who Will Help? (1869) and A Memorial to the President of the Poor Law Board (c.1870) were part of the latter, forming advice for families fostering children and a petition urging more children from the Bethnal Green Poor Law parish to be boarded out in healthier environments beyond the area’s workhouses.

The working lives of children was another area of fierce debate and campaigning. Chimney sweeps worked in some of the worst and most dangerous conditions. It was a fate Dickens’s Oliver Twist narrowly escaped, but many poor boys did not, and The Chimney-sweeper's Friend and Climbing-boy's Album (1825) reported their tragic stories and aimed to raise awareness of their conditions and campaign for legislation to protect them. 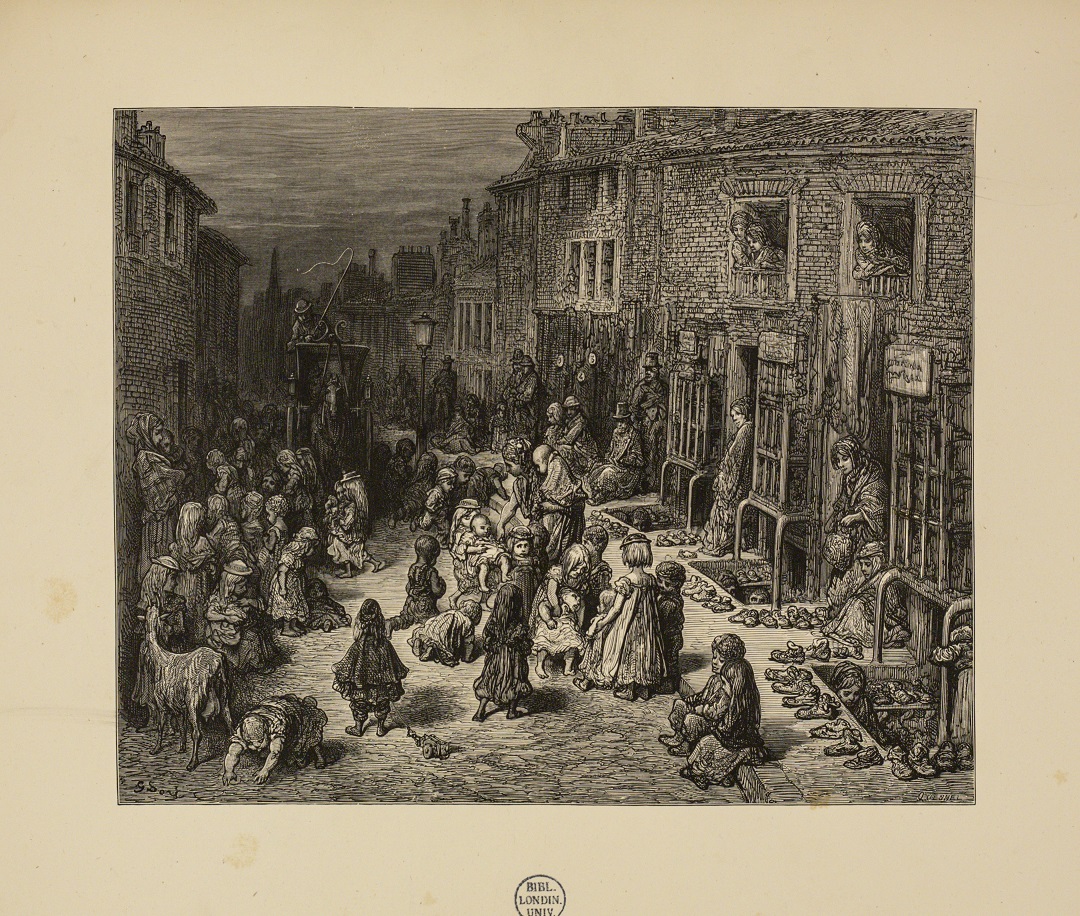 Reportage, journalistic investigations and descriptions of life in London’s streets and slums provided another rich source on the lives of Victorian children. Often such works would bring to light the conditions of the poor from housing and sanitation to diet and education. Dickens himself often visited schools, workhouses and the Rookeries of London, reporting on them in his journal’s Household Words and All the Year Round and incorporating them into his fiction.

James Greenwood’s The Seven Curses of London (1869) is an example of the author’s pioneering investigative work. Working anonymously, Greenwood visited workhouses, often dressing as a tramp, effectively ‘embedding’ himself with the lower classes. The book on display identifies neglected children and juvenile thieves as two of the ’curses’ of London.

A different view of street children was propagated in a book by the artist Dorothy Tennant, published under her married name, Mrs. H.M. Stanley. London Street Arabs (1890) was an attempt to balance what she saw as the misleading and inaccurate depictions of suffering street children. Instead, she depicted children as ‘merry, reckless, happy-go lucky.’ The illustrations are charming and joyful, but despite Tennant’s aim to present a different view, the book is saturated with Victorian attitudes towards the poor, particularly in the title, using racial stereotypes to place the children as ‘other’ to the book’s readers.

Both copies of these books on display come from the Bromhead Collection that specialises in books on London from the 16th to early 20th century observing and recording life in London. 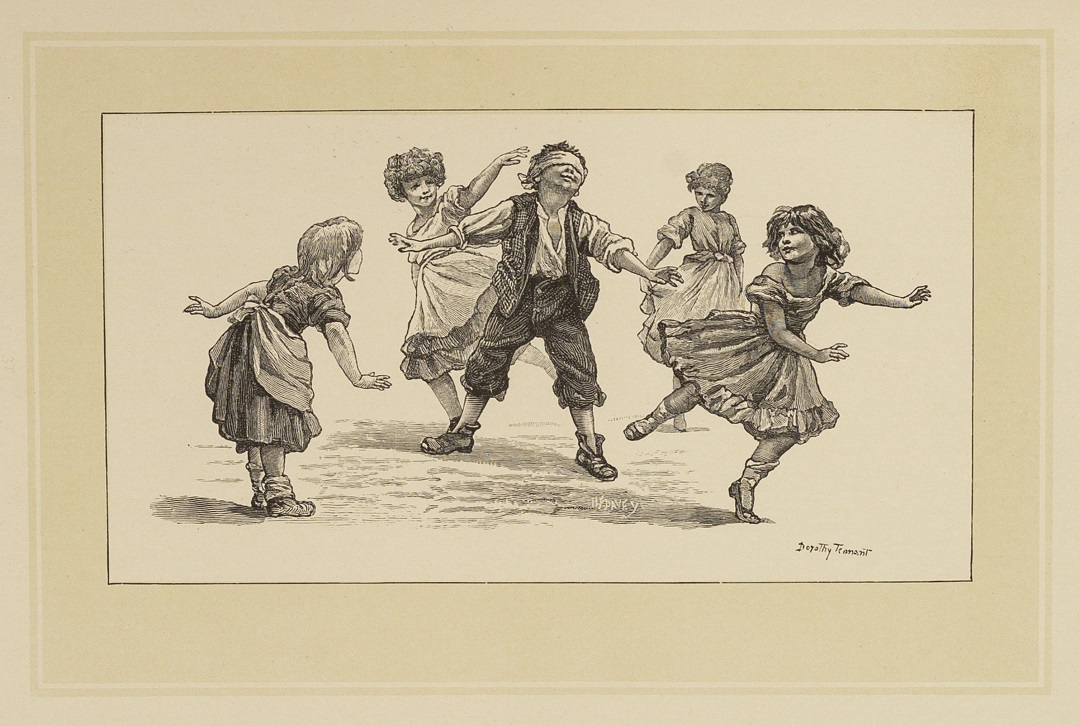 Another area we were keen to explore was records of children’s experiences in their own words, and particularly of working-class children. One of the ways this came out was around the campaigns against child labour and the investigations into working conditions by various state commissions.

Two memoirs are on display that purported to record the real experiences of two boys in England’s factories and mills. The more famous of these is the story of Robert Blincoe, a child inmate of the St Pancras Workhouse. He was first apprenticed to a chimney sweep aged six before being indentured and sent to work in a cotton mill near Nottingham. He related his story to the journalist John Brown, and it was serealised and published in pamphlet form as part of the campaigns against child labour. William Dodd’s memoir told a similar story. It was dedicated to Lord Ashley, later the Earl of Shaftesbury, who played a key role in many of the acts and commissions on child labour in the 1830s and 1840s, and later acts regulating chimney sweeps. Both works, and particularly Dodd’s, were accused of exaggeration and being fabricated but were important in the campaigns to reform the working conditions of children.

These books, and many of the government reports, papers and acts on child labour come from the Goldsmiths Library of Economic Literature. The collection is one of Senate House Library’s largest and most significant, covering economic literature in its very broadest sense from the 15th century to the present day. For the exhibition we drew on its extensive holdings on living conditions, labour and employment and social reform through the nineteenth century. 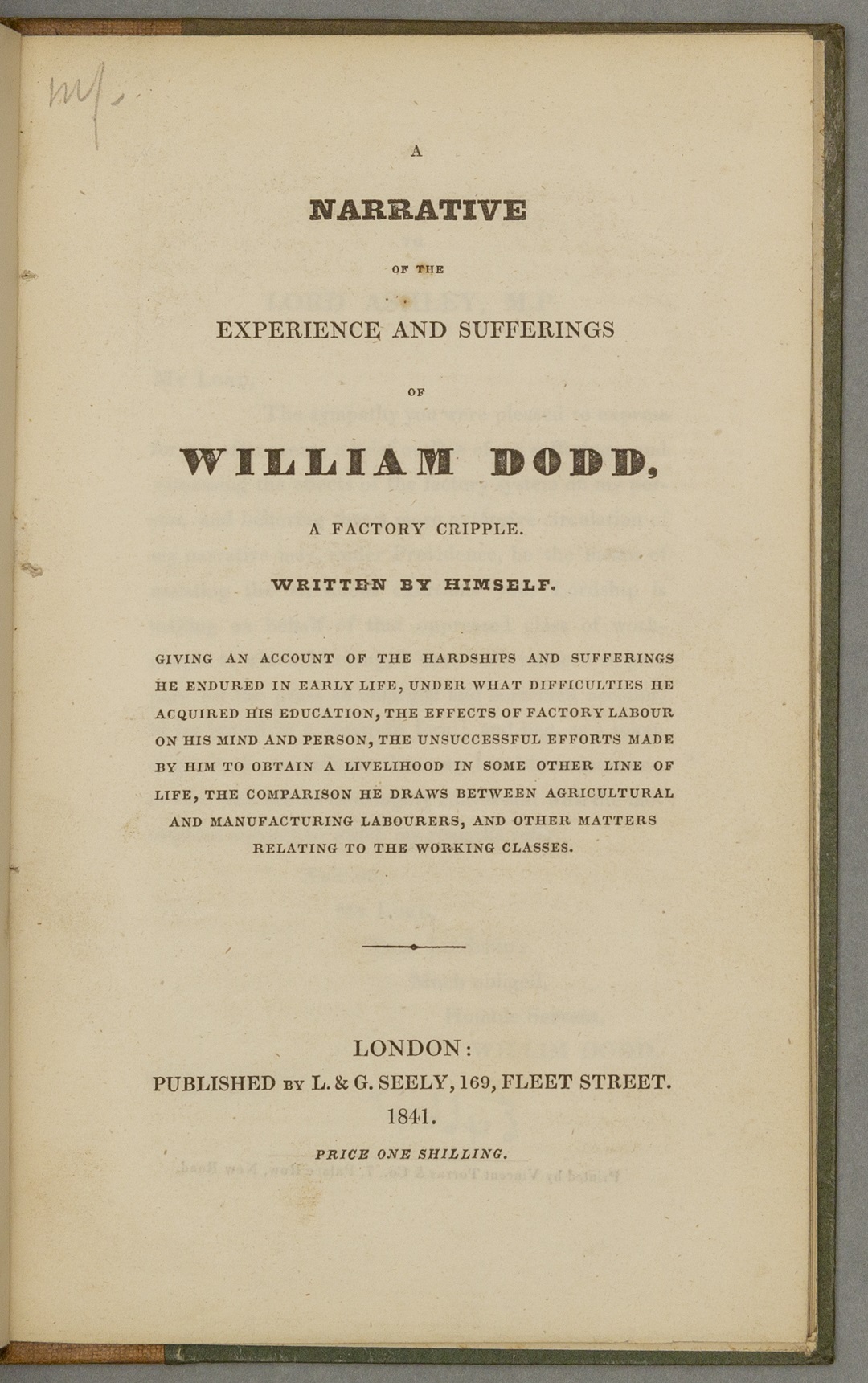 The Tip of a fascinating Iceberg

The Library also offers members access to a number of e-resources and databases covering nineteenth century sources including the Making of the Modern World which features material from the Goldsmiths Library, Victorian Popular Culture, Nineteenth Century Collections Online: British Theatre, Music, and Literature and newly added to the collections, London Low Life reflecting street culture and social reform in the long nineteenth century.

For History Day 2022, we explore some of our favourite scientific illustrations in Senate House Library's collections