This week we are celebrating Academic Book Week. The theme this year is 'The Academic Book and the Environment'. Find out about some of the highlights in our collection...

This week we are celebrating Academic Book Week. The theme this year is 'The Academic Book and the Environment'. Find out about some of the highlights in our collection...

This week we are celebrating Academic Book Week. The theme this year is 'The Academic Book and the Environment'. Studies of our relationship with the environment are far from a new phenomenon and have deep historical roots but by the 1970s “environmental history” emerged as a serious subfield of the discipline of history to investigate the history of human interactions with the natural world. Environmental historians have emphasised the importance of studying non-human nature alongside human history, which can give us new insights into our past relationships with the environment and how we arrived at our current situation.

At Senate House Library we have a strong collection on environmental history and continue to expand it regularly. Here are some highlights from our new acquisitions:

From switching to renewable energy to using Keep Cups, being more sustainable is a goal of a lot of individuals, institutions and policymakers in the 21st century. But where did the idea of “sustainability” as a political concept come from? Paul Warde traces the evolution of our modern conception of sustainability back to the early modern period. During this time sustainability became increasingly tied to debates about politics, economics and environmental management. The arguments circled around the need for society to govern its resources properly so as not to destroy its ecological underpinnings. These debates resonate strongly with us today, but they are not as new as we may think. 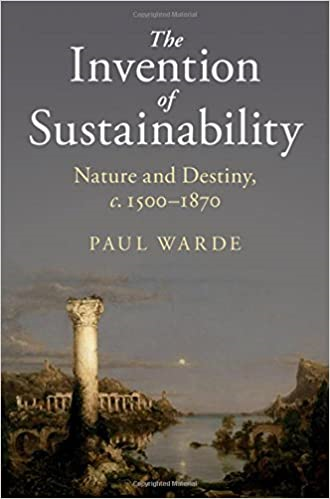 'The Global History of Organic Farming' by Gregory A. Barton

Organic produce has become a common feature in supermarkets and has established itself as part of consumer culture. Despite its claims of going back to more natural, past forms of production, the organic movement is a relatively new phenomenon which originated in the early 20th century. It was born from a reaction against the perceived failures of industrial agriculture in favour of more ecological processes. Gregory A. Barton describes it as “a marriage between science and romanticism” taking inspiration from the past to guide its practice. The book is a fascinating case study of how the ideas of a small group of individuals gained popular acceptance throughout the 20th century and spurred global changes in farming practice, consumer ethics and consumer behaviour. 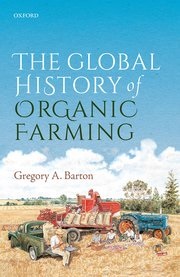 Animals don’t naturally fit into our image of city life, especially not that of the big metropolis London. Thomas Almeroth-Williams’s new history of Georgian London reveals the history of a city “hidden in plain sight”, a London filled with animal life. No other city at the time held as many animals as Georgian London did. In fact, animals underpinned the city’s economy. Agro-industrial sites reared livestock, horses kept the transportation system running and watchdogs supported police work. Almeroth-Williams describes Georgian London as a “human-animal hybrid” space where humans and animals had much more intimate relationships than previously assumed. The book fundamentally challenges our view of the traditional boundaries between urban and rural environments and showcases the city’s complex relationship with natural world. 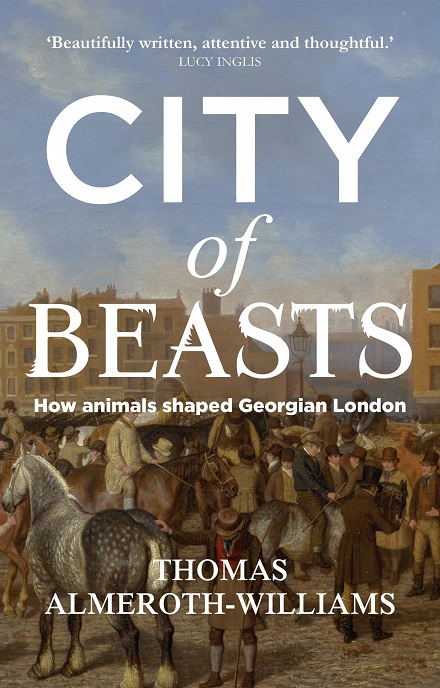 'The Ecocentrists: A History of Radical Environmentalism' by Keith Makoto Woodhouse

Recent climate activists, such as the non-violent civil disobedience movement Extinction Rebellion, are part of a longer history of radical environmental activism stretching back to the late 20th century. Woodhouse’s book analyses the ideology of “ecocentrism”, which emerged in the United States in the 1980s against the backdrop of the accelerated development of industrial society and the resulting damage to the natural world. The Ecocentrists questioned the norms of late 20th century American economic and cultural thought by combining activism and radical philosophy. Ecocentrists ascribed equal value to human and non-human nature and rejected the premise that people occupy a privileged place in the world’s environment, an idea which resonates with climate activism today as well. This book provides in-depth view into the emergence of a radical environmentalist world view. 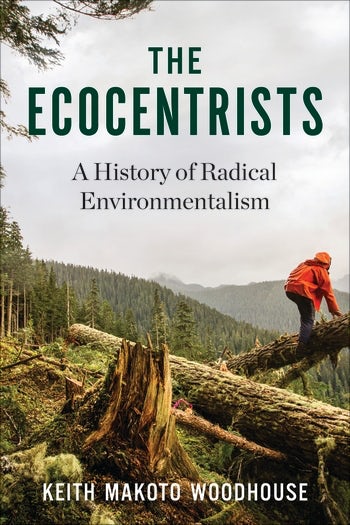 Colonialism is often associated with the extraction and plundering of resources but arguably less so with the attempt to replicate the natural world of the colonizer in the colonial environment. Christopher M. Parsons’s study of the cultivation of New France in North America is a fascinating study of how French colonialists tried to set roots in a new world by growing French gardens. Not only did the French colonial project’s ecological ambition stretch to making French wine in the colony but also to make the colonial environment into a French environment. These ambitious projects were framed in the language of taming a sauvage (savage) environment by making it into an image of Europe. Horticulture and cultivation became a means of intervention into indigenous spaces and an organizing ideology of French colonialism during 17th and 18th centuries which fundamentally reshaped the American environment. 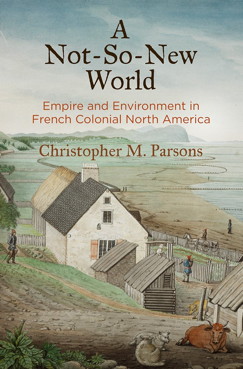