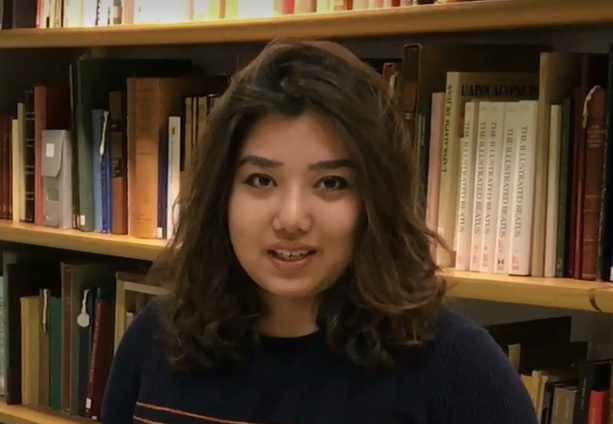 I never set out to become a book collector. As a teenager, stories fed my escapist fantasies; back in Melbourne I must have read a good half of the school library. In short I don’t think I ever developed an ‘interest’ for books – as that sounds awfully cold and detached – but rather I fell in love with reading during my formative years, and the natural consequence of that was becoming a book collector.

I was a first-year at King’s College London at the time. London, and Senate House Library in particular, appeared as a brave new world populated with wonderful stories. I was surprised by everything: the endless shelves, the subterranean stores, but most of all I was taken by the very suggestion of a book collecting contest. I’d always thought of reading as a private activity, and even somewhat of an embarrassing habit: at eighteen, when your friends ask you what you’re doing this Friday night, nobody wants to admit: ‘I’m reading a book’. Moreover I liked that it was a prize for students, especially for those ‘at an early stage in their collecting career’. That gave me some much-needed confidence and so I applied for the prize. I appreciated its ethos, namely that reading should be a source of pride, and that beginner book collectors deserve to be heard.

If you love books and have ideas about what makes a collection theme then the Anthony Davis Book Collecting Prize for you. It gives you the opportunity to support publishers and writers and you don’t need to be wealthy to collect books, all you need is a love of books. It is a platform and an opportunity for passionate book lovers to make themselves heard.

'Latin Only: A Revolt against Dual-Language Books' on display until 20 April 2018

I began collecting out of necessity. Fewer Latin books are being published every year and many of them are now bilingual, with the Latin text accompanied by its English translation on the facing page. However, I preferred to enjoy Latin authors in their original tongue. That’s when I thought that I would submit a collection based on the conviction that Latin books are best published in Latin only. I began to focus on medieval and neo-Latin texts because they were more difficult to find in libraries, and also because they aligned with my research interests. Similarly, due to my obsession with Latin paleography, I began turning towards early print editions which were the closest I could get to manuscripts.

I joke that I must be the most committed book collector out there, because my love for Latin books was one of several related factors which guided me towards studying Classics, which I wasn’t before. I will be applying to graduate schools at the end of 2018. As for my collection – we continue to live as roommates and we shall travel together depending on where the future takes me. A book breathes, cries, and smiles with you as you read it; it comes alive when it is appreciated. I could go on about what I’d like to add to my collection – I’m still looking for a good edition of Richard de Bury’s Philobiblon (if you know of one get in touch via Twitter @astridkmk) – but ultimately it’s not about what I want to collect; it’s about whether the books I encounter wish to ‘collect’ me.

Astrid Khoo’s prize-winning book collection ‘Latin Only: A Revolt against Dual-Language Books' of 15 books dating 1571-1890 is on display until 20 April 2018 outside the Seng Tee Lee Room, in the Sterling Library area.