For this year's World Book Day, Senate House Library staff share some of their favourites from our collections...

For this year's World Book Day, Senate House Library staff share some of their favourites from our collections... 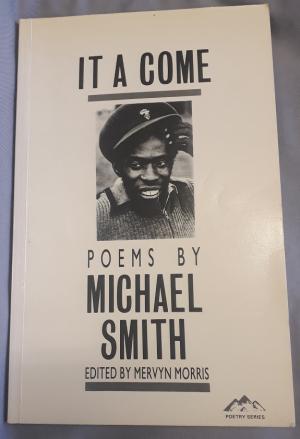 Two of my favourite books in the library are disparate in style, age, and presentation but nonetheless share a common function: that of the spoken word poem, lyric, or ballad - usually performed live - captured in static form on the printed page.

Some British Ballads [1919?] written by Francis James Child is beautifully illustrated by Arthur Rackham and contains the lyrics to songs transmitted over many years via communal singing, whilst Michael Smith’s It a Come (1986) contains lyrics written, and prior to this publication only performed, by the Jamaican dub poet himself. 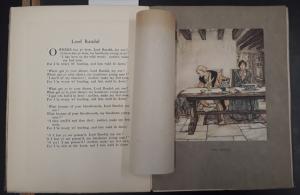 Although the words in both books were written to be sung or read aloud, their existence in print has enabled collections such as ours to give them a home. It is still true, however, that it is hard to read either book without intoning the song rhythms and for those that wish to compare: come to SHL to read the books then watch Mikey Smith performing  his book’s title poem and Bob Dylan, showing how ballads develop, performing a song influenced by Lord Randal 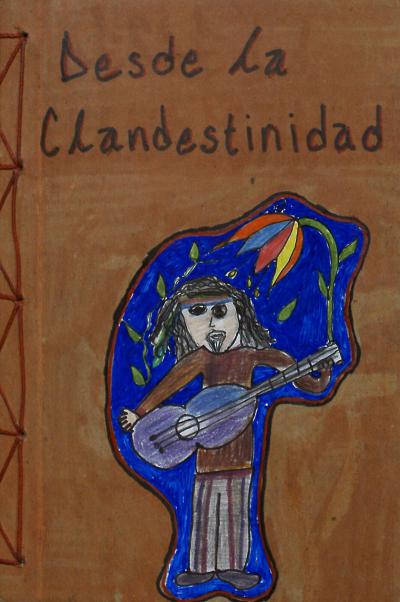 This is one of my favourite books because it is like no other in Senate House Library and is one of the few of its kind in the world. This anthology of poetry is an ode to hope and resistance in the face of brutality.  Written by three political activists, guerrilla fighters and poets from Guatemala, El Salvador and Argentina, who lost their lives or disappeared in the 1960s and 1970s as a result of civil conflicts in their countries, the poems speak of love, social justice, equality and freedom of speech.

It is made of precarious materials such as discarded cardboard and recycled paper, printed on a borrowed printer and it is hand-painted. Ediciones El Viaje, which published the book, ‘forbids to forbid its total or partial reproduction’ in an attempt to make literature accessible to all.

The book is part of a new Special Collection of ‘cartonera’ (cardboard) books from Latin America that the Senate House Library is developing. Find out more here.

Selected by Maria Castrillo, Head of Special Collections & Engagement & Co-Curator of Rights for Women - London's Pioneers in their Own Words

The merry companion, or, delights for the ingenious: in two parts,

I. Teaching how to shew divers merry tricks, arithmetical, artificial, by legerdemain, and with cards.

II. Containing a collection of merry jests, never before publish'd, with several rules for making jets compos'd for the innocent diversion of youth 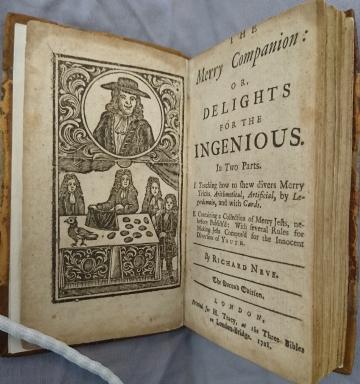 The Merry Companion is exactly that and one of the reasons why it is one of my favourite books in the Library. It’s an early example of conjuring tricks being promoted as a form of enjoyment and mental exercise for a young reader. Addressing the reader, the author states that his work is especially for schoolboys ‘whose wits are best sharpened upon such whetstones’, and long before the Victorian fashion for parlour magic, the book provides diversions to be enjoyed in the home, avoiding the ruin of seeking such amusements ‘abroad amongst ill company, first at the ale-house, then at the bawdy-house.’

Some of the ‘artificial tricks’ of the first section are more practical jokes, often at the expense of an unfortunate maid: adding soap to a butter churn so she may ‘churn until her eyes are out and never make butter’ or adding chopped cat’s guts to freshly cooked meat to make it appear ‘magotty’. Among the tricks performed by legerdemain are turning water into wine and turning a grain of barley into as many ‘bushels as you please.’ But the book is particularly remarkable for the shuffles, passes and tricks described in the section on cards which includes a trick where a card chosen by a spectator thrown and stuck to the ceiling. The card is tracked using shuffling technique and soap is discreetly applied to hold in place once thrown. The card must be retrieved by the performer and the soap quickly removed ‘least another body do it, and so discover the trick.’

This book is featured in the Staging Magic - The Story Behind The Illusion exhibition which is open until 15 June 2019.

Selected by Tansy Barton, Research Librarian & Curator of Staging Magic - The Story Behind The Illusion 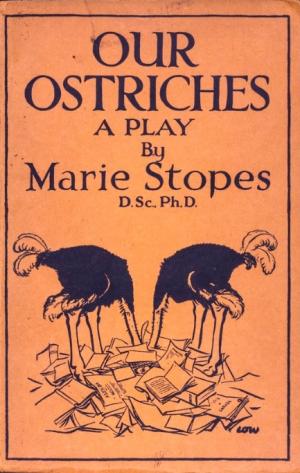 Married Love and Our Ostriches by Marie Carmichael Stopes, are just two of my favourite books in the Library, mainly for the bravery and approach to birth control, a taboo topic at the time, but also for these rare editions of her works. Stopes was keen to educate the public about birth control and wanted to reach working class women in particular, so she wrote and communicated in many different formats. Stopes was well known as a scientist and non-fiction writer but less known for her poetry, screenwriting and film production.

Stopes' Married Love was the first 'sex manual' aimed at women and openly discusses sexuality and birth control albeit solely within the confines of marriage, as the title suggests, and sold millions of copies, bringing the topic into the wider public discourse. Stopes claimed to have dictated the Our Ostriches play to a court reporter in 6 hours to avoid wasting an empty theatre stage when her other play Vectia was banned. It ran for three months at the Royal Court Theatre. 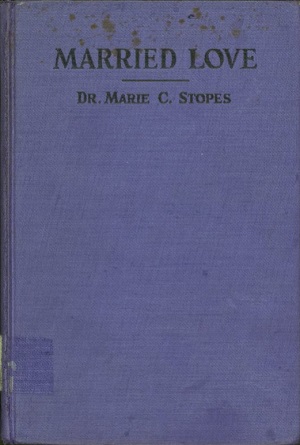 Both these items featured in Senate House Library’s Rights for Women – London’s Pioneers in their Own Words exhibition. Visitors to the exhibition were surprised by the variety of her work, especially given how quickly this play was written, and also came to see her film Maisie’s Marriage/Married Love (1923) as part of the supporting events for the exhibition. Despite various criticisms and some of Stopes' other more controversial opinions, there is no doubt that her energetic promotion of contraception brought hope to countless women and broke new ground.