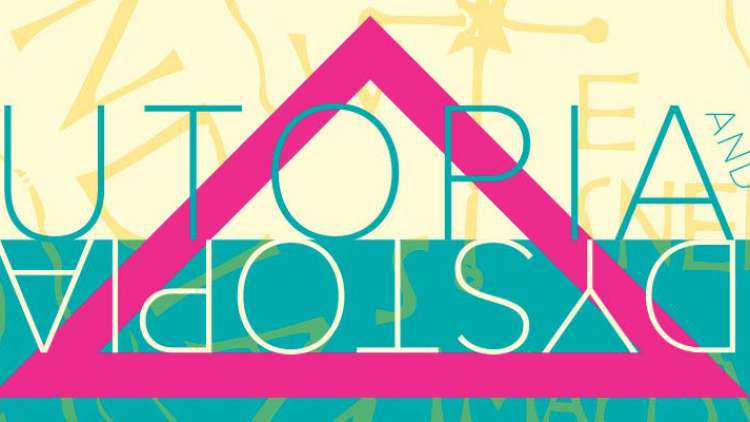 though no man has anything, yet they are all rich;
for what can make a man so rich as to lead a serene
and cheerful life, free from anxieties; neither
apprehending want himself

To mark the 500th anniversary of the publication of Thomas More’s Utopia in December 1516, the University of London mounted a thought-provoking and exciting exhibition and programme of free events in Senate House Library.

More’s work was hugely influential in Western philosophical and political thought. It coined a new word in the English language: Utopia (nowhere land), and challenged the foundations of early modern English society advocating an imaginary republic in which all social conflict and distress have been overcome.

Based primarily on the fourth floor, the exhibition drew upon Senate House Library’s rich and wide-ranging collections to explore how humankind has dreamed and experimented with the concept of the perfect society. Taking early modern English utopias as a starting point (gallery 1), it also traced utopian political movements that emerged in Latin America and Africa in the second half of the 20th century (gallery 2), as well as the philanthropic spirit behind many social and urban reform initiatives in Britain, France and the USA (gallery 3), concepts of utopia in literature (gallery 4) and more recently utopian and dystopian visions in popular culture (gallery 5).

The recital concert, in The Chancellor’s Hall, Senate House, 14 December 2016:

Utopia and Dystopia ran from 3 October to 17 December 2016. The Library runs exhibition and engagement seasons throughout the year. Find out more on our exhibitions and events pages.

Senate House Library is located in Malet Street, London, WC1E 7HU. See information about how to find us.