Discover one of the foremost collections in the UK supporting historical research into social, economic and cultural history. 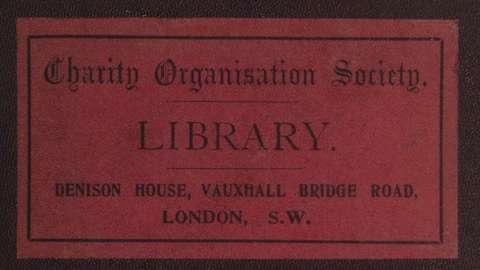 Discover one of the foremost collections in the UK supporting historical research into social, economic and cultural history.

Senate House Library’s history collections cover a broad chronological and geographical scope to support historical research. The collections have a strong international focus with distinctive strengths in British, Irish, European, United States, Imperial and Commonwealth as well as Latin American history. Chronologically the collections span from late antiquity and the Middle Ages to modern and contemporary history. Some of the thematic strengths of the collections lie in Victorian and Edwardian culture and society, the history of welfare and social reform, the history of education and the origins and development of industrial societies.

The best way to start finding history resources at Senate House Library is to use the catalogue.

The open access history collection is located on the 5th floor and continues in the Periodicals Room gallery on the 4th floor below. New acquisitions for the history collections are shelved in the Periodicals Room on the 4th floor. The floorplan will help you navigate the collections. Books and journals held in the stacks and off-site can be requested through the fetch service on the catalogue.

Most of our e-book collections can be found on Ebook Central. All e-resources and databases for history are listed on the A-Z Databases list on our LibGuides platform.

Black History is strongly represented across many of Senate House Library’s collections, particularly the library’s area collections of United States studies, Commonwealth studies and Latin American studies, for the peoples of the Caribbean.

Besides the history and governance of individual countries, the Commonwealth Studies collection, located on the sixth floor, also holds material on race relations, and is particularly strong in the area of human rights.

The Ron Heisler collection contains pamphlets and ephemera relating to the civil rights movement in the United States, and race discrimination, racism and anti-racism in Great Britain.

The Goldsmiths’ Library of Economic Literature holds a considerable amount of primary sources from the 18th and 19th century on the slave trade and abolition movement. Some of this material is available online on The Making of the Modern World.

The Porteus Library, which constitutes the working library of Beilby Porteus (1731-1809), Bishop of London and a leading advocate for the abolition of the slave trade, contains items relating to enslavement and the trade in enslaved people.

The Library’s Political Pamphlet collections, compiled by the Institute of Commonwealth Studies from current and former members of the Commonwealth, include materials from several Caribbean and African countries. They largely date from the 1960s and 1970s and give insight into processes of decolonisation and transitions to independence. The pamphlets can be explored by country through Senate House Library’s archive catalogue by using the Advanced Search function and filtering by the Reference code “PP” (standing for Political Pamphlets).

We hold several archives, including those of the Institute of Commonwealth Studies, which have important sources for the study of Black history.

Our e-resources offer a range of options to study the topics which can be viewed in the Black histories and studies category on our Eresources A-Z list including among others Black Studies Center and Black Thought and Culture.

Doing your own searches

To discover clusters of material on specific topics, here are some suggested search terms (subject headings) you can use in our online catalogue:

The resources Senate House Library offers to study cultural history are broad and varied and intersect with many other collection strengths.

British cultural history is strongly represented, especially the culture of the Victorian and Edwardian era. European cultural history is another strength of the collection with specialist holdings in German history and two unique collections to study Spanish cultural history, the Eliot-Phelips Collection and the Gili Catalan Collection (for more information on our European collections see our guide on Art and cultural memory). Russian cultural history and the interactions of Europeans with Russia is documented in the M.S. Anderson Collection. Beyond Europe, the Library has strong holdings concerning the cultures of the current and former member nations of the Commonwealth as well as those of Latin America (for more information see our guides on Commonwealth studies and Latin American studies).

One of the unique strengths of the collections is in the history of magic and the occult, represented in the Harry Price Library of Magical Literature (for more information see our guide on The paranormal, the occult and the magical).

Our e-resources help explore cultural history across the world further. Some examples include:

The collections feature especially strong holdings on the social history of 19th-century Britain and its social reform movements. Among these are the papers of the social reformer and researcher Charles Booth, the John Burns collection of over 5,000 books, pamphlets and periodical volumes and the Family Welfare Association Library, which has now become the charity Family Action.

The Library has collected many materials representing the lives and thought of alternative social movements and groups. Some example of these are archives related to the temperance movement and the Ron Heisler collection of left-wing and radical political movements (for more information see our guide on Political activism, protest and counter-culture).

Our e-resources support our holdings in economic and social history, which include the following:

As the library of one of the oldest universities in the UK, Senate House Library has amassed important materials on the history of education. One of them is the Quick Memorial Library with over 1,000 printed items on education from the mid-16th to the end of the 19th century. In addition, we have several archives on education, including the University of London’s own archive.

One of the more unusual collections in the Library is the EPCOM collection of about 400 school textbooks used during the Third Reich which were confiscated by the Supreme Headquarters of the Allied Expeditionary Forces in the post-war period.

As part of our e-resources, we subscribe to the Education Magazine Archive.

History of gender and sexuality

Among our collections to study women’s history there are many items in the Ron Heisler collection which give insight into feminist movements throughout the 19th and 20th centuries (for more information see our guide on Political activism, protest and counter-culture).

LGBTQIA+ history and culture are increasingly significant collecting areas a Senate House Library. The Library’s Ron Heisler collection includes items which give insight into queer activism throughout the 20th century (for more information see our guide on Political activism, protest and counter-culture).

We have a guide to e-resources for the study of LGBTQ+ studies including Archives of Sexuality and Gender, LGBT Thought and Culture and LGBT Magazine Archive.

Part of the deposits at Senate House Library include the papers of several significant 20th-century historians, many of which had affiliations with the University of London and its federal members. English historian and former president of the Royal Historical Society (1901-1905) Sir George Walter Prothero’s collection of English and European history between 1880 and 1914 is also part of the Library’s collections.

History of travel, exploration and migration

The history of travel and exploration are widely covered in the Library’s collections. One of the highlights of our collections is the M.S. Anderson Collection, which features many travel narratives, personal accounts of time spent in Russia and other writings documenting western European perceptions of Russia between 1525 and 1917. Another significant source for those studying these histories is the E.G.R. Taylor Collection of Historic Printed Maps. Our holdings also support research into the history of migration, particularly the study of exile and forced migration in European history.

Senate House Library houses the Institute of Commonwealth Studies (ICWS) collection, an extensive research-level collection that covers the Commonwealth and its member nations across Africa, Asia, the Caribbean, Oceania and Europe, their histories and the history of the British Empire (for more information see our guide on Commonwealth studies).

Political archives of pamphlets collected by ICWS from current and former members of the Commonwealth extend to material from over 60 countries. They largely date from the 1960s and 1970s and give insight into processes of decolonisation and transitions to independence. The pamphlets can be explored through Senate House Library’s archive catalogue by using the Advanced Search function and filtering by the Reference code “PP” (standing for Political Pamphlets).

Besides ICWS’s holdings Senate House Library’s special collections and archives provide further material to study the British Empire and Commonwealth. The Goldsmiths Library of Economic Literature covers British imperial economics, trade and related issues during the 16th-20th centuries. The Prothero Collection covers the period 1880-1914 including materials on Irish home rule. The Bromhead Library includes holdings on the early colonisation of Australia. The Ron Heisler collection includes print materials from the late 19th- and 20th century relating to anti-imperialist movements. The archives include several manuscripts and collections of papers relating to the British Empire. There are clusters of papers connected to the East India Company (MS56, MS84, MS153, MS226, MS260, MS712, MS713 and MS938) and the South Sea Company (MS89, MS218, MS394 and MS490). The Papers of the Lewin family (fl 1770-1926), who were residents of British India, contain Thomas Herbert Lewin’s papers reflecting his interest in India and its languages.

For those interested in the history of enslavement and apartheid, detailed archival subject guides are available:

Senate House Library holds an extensive collection on the history of the city of London and its surroundings covering culture, economy, politics, society and topography. One highlight of the collection is the Bromhead Library which holds over 4,000 rare printed items on London history.

To complement our holdings, we subscribe to the e-resource London Low Life, which includes digitised images of rare materials related to 18th, 19th and early 20th-century London.

The U.S. Studies collection is a substantial, research-level collection with broad coverage of the history, institutions and culture of the United States with strengths in Art History, History, and Literature.

We hold the former library of the United States Information Service, an information agency of the Foreign Service of the U.S. Government which used to be situated in Grosvenor Square, London. At the time of its closure in 1966 the library’s collection more than 25,000 volumes represented the largest and most complete body of American literature in England.

We hold selected archives related to U.S. History on topics such as politics, trade and slavery as well as the Manton Marble Collection of printed materials on American politics, foreign relations and economics.

Selected e-resources for U.S. History include: 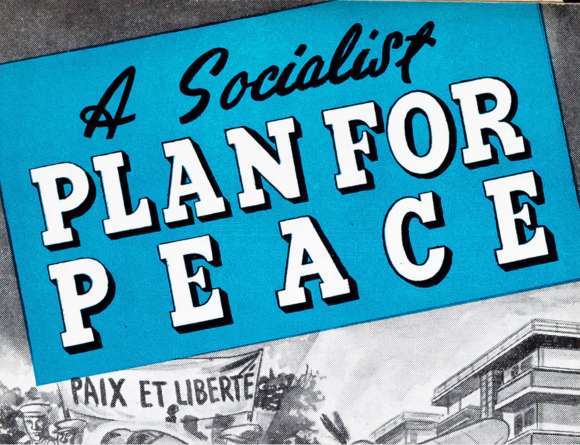 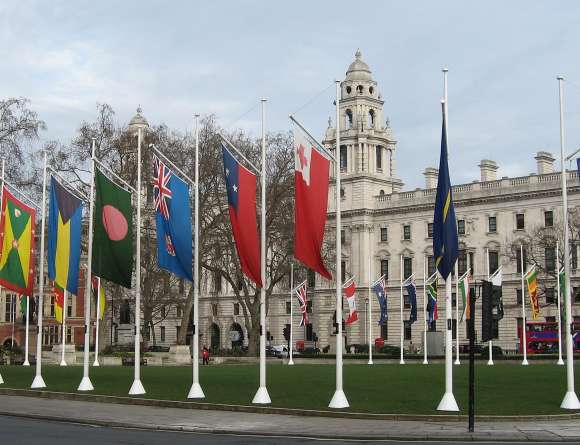 The Library's holdings of Commonwealth related material are outstanding, offering an exceptional opportunity to study its continuing development and history. 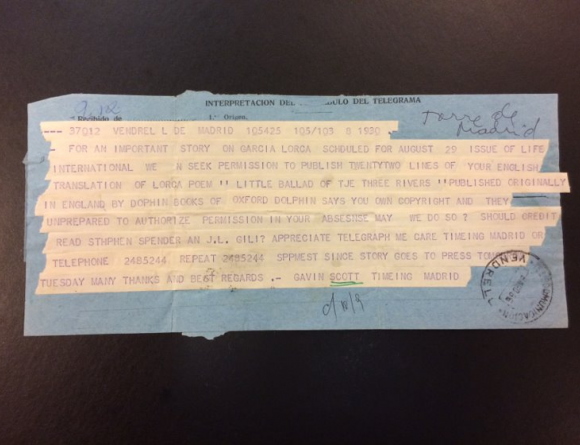 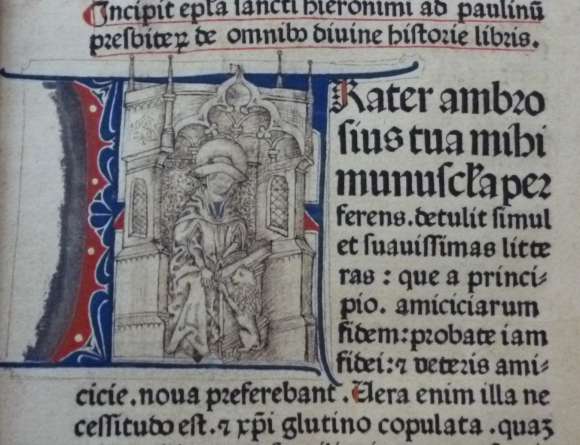 Explore over 1000 years of the creation, use and dissemination of manuscripts, documents, books and print media. 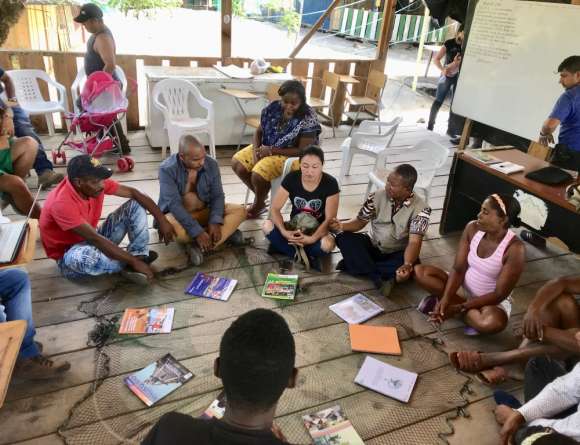 The Library holds a unique collection of printed, archives and electronic material on Latin America and the Caribbean linked to CLACS at SAS. 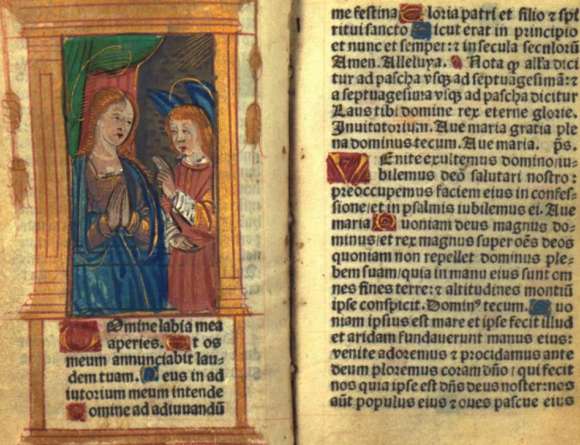 A wealth of primary research material from medieval to modern – exceptional strengths in literature, the arts, sociology, politics and economics. 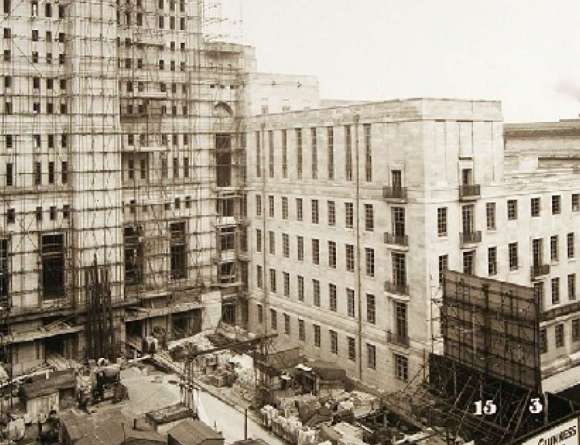