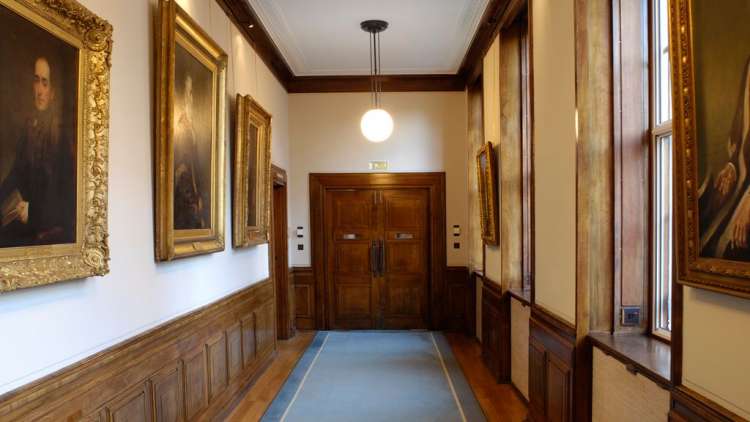 The history of Senate House in Bloomsbury

University of London Venues’ flagship event space, Senate House, has a rich and fascinating history and is located in leafy west central Bloomsbury. It was:

In 1926 Sir William Beveridge is made Vice Chancellor of the University of London. Determined to make sure the University is known around the world, he convinces the Rockefeller Foundation to donate £400,000 to the building of a new site. 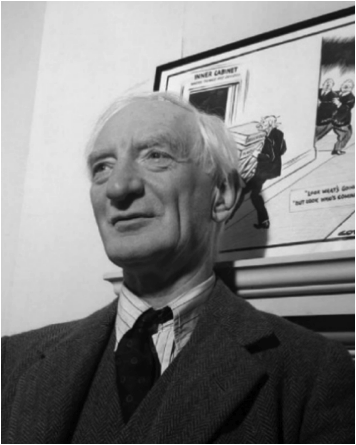 After making a name for himself with the London Underground stations, Charles Holden is appointed as the University’s official architect in February 1931. Designing Senate House is to be his life’s work. 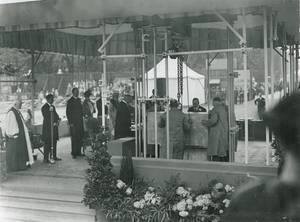 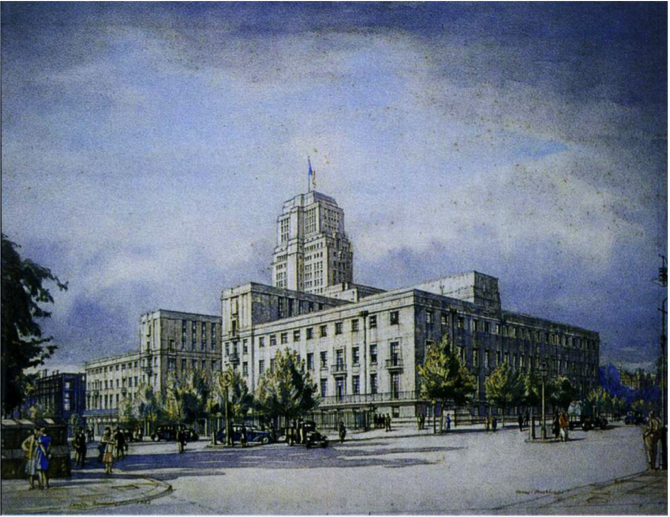 Building work on Senate House and the library is completed in 1937.

From its radically unadorned Portland Stone exterior to its classical interiors, the building is celebrated as the epitome of 1930s modernity.

Sir William Beveridge, describes it as ‘something that could not have been built by any earlier generation than this, and can only be at home in London.’ 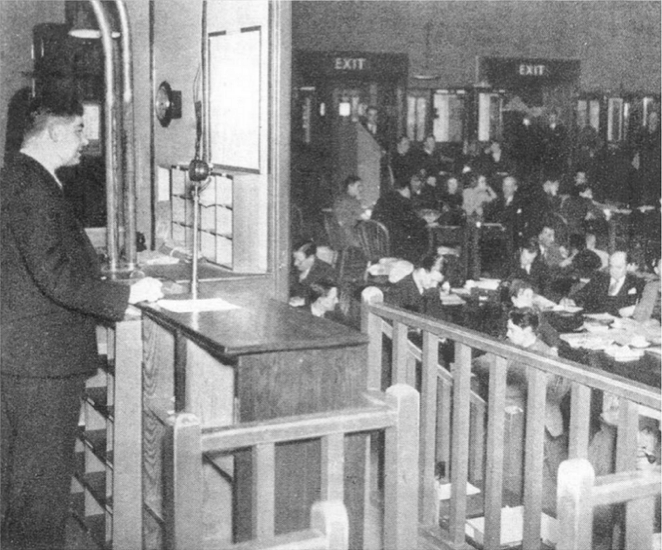 Beveridge Hall became the main press office for the Ministry of Information. From the Henry Heydmann collection: University of London Collection ULC/PC.6/14.

In 1939, Europe is at war, and the University’s Colleges and students are forced into exile. Senate House is taken over by the Ministry of Information – a controversial Government department responsible for subterfuge, censorship and propaganda during the war. 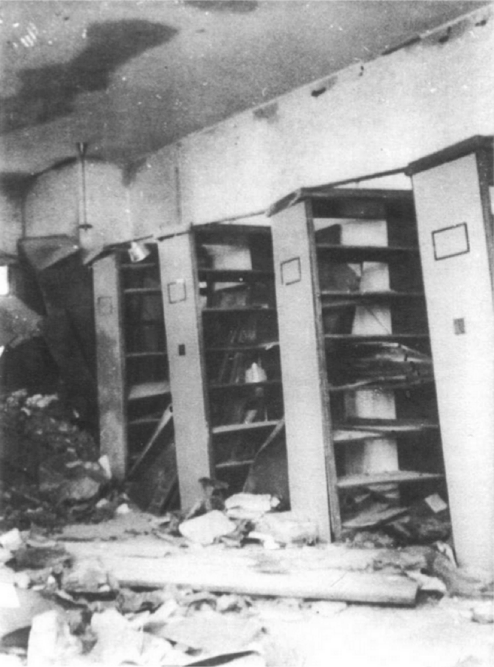 On the night of 7th November 1940 Senate House withstands five brutal attacks from Nazi bombs dropped during the Blitz. Remarkably not a single soul inside was harmed and the defiant building proudly remains upright.

By 1944, University Colleges begin to return to Senate House and students are able to take their exams in the capital city again. By August the following year the library is reopened to the public. Over the next few decades the number of students doubled and the University’s library continued to build its reputation as one of the finest in the world.

In 1948 George Orwell pens British literature’s greatest dystopian novel Nineteen Eight Four and uses Senate House as the inspiration as the story’s most significant landmark, the Ministry of Truth.

In 1969 the Secretary of State officially acknowledges Senate House as a building of great architectural significance and historical interest. It becomes a Grade II* listed heritage site.

Senate House’s art deco interiors, impressive courtyard and exterior make it a Hollywood favourite. After Tony Scott’s The Hunger in 1983 it becomes a regular star on the silver screen and television. You can spot the building in Batman Begins, The Dark Knight Rises, The Theory of Everything and Dr Who.
Here is a look at what has been on-screen at Senate house. 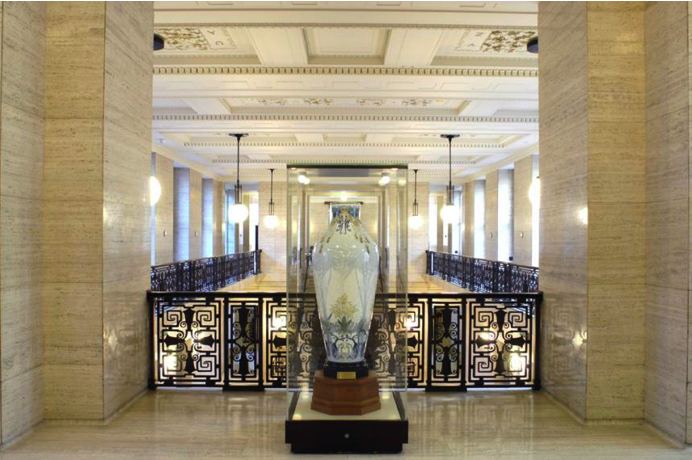 The University completes a £55 million refurbishment of Senate House in 2006. Transforming the grand halls and original Art Deco rooms into amazing event spaces and installing the latest equipment and facilities to bring the building into 21st century.

Today, Senate House is a destination venue for everyone from business professionals to newly-weds around the world. Hosting some of the biggest events in London as well as intimate meetings and glamorous parties.

If you would like to experience the historic Senate House for yourself, get in touch with our University of London Venues’ events team to arrange a show around. Contact the team on 020 7862 8127 or make an online enquiry.