It’s like ‘walking back in time’: Why location managers love Senate House

It’s like ‘walking back in time’: Why location managers love Senate House

A site steeped in history, Senate House cuts an imposing figure in Bloomsbury where it continues to inspire the public imagination with its classic 1930s Modernist design.

But in recent years, the Grade II* listed site has emerged as a popular filming location for hit TV series and blockbusters, from No Time to Die (2021) to The Dark Knight Rises (2012). 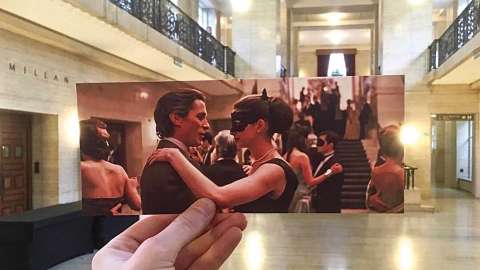 In recent years, the Grade II* listed site has emerged as a popular filming location for hit TV series and blockbusters, from No Time to Die (2021) to The Dark Knight Rises (2012). 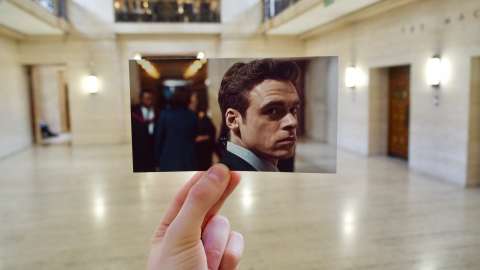 A short walk from the iconic landmark, the University of London’s range of outdoor spaces have also been used extensively for filming, with the leafy Woburn Square featured in a nail-biting episode of the 2018 BBC drama series The Bodyguard.

The building was famously the birthplace of Britain’s ubiquitous “Keep Calm And Carry On” posters while serving as Ministry of Information headquarters during the Second World War.

It also inspired George Orwell’s Ministry of Truth as depicted in his dystopian classic, Nineteen Eighty-Four.

They love walking into the history of it. With film crews, it’s that originality they’re looking for.

“It’s a real compliment to the people who look after the building. They’ve kept it as original as possible,” says Paul. “You literally are walking back in time. It’s got a real aura about it.”

His favourite room remains the Crush Hall, an “untouched” marbled foyer with a dramatic staircase. "The view from the top of the stairs and the other side of the gallery is stunning,” he adds.

Up on the first floor of the tower building lies another treasure: a set of gold-spun robes that belonged to Her Majesty Queen Elizabeth, The Queen Mother – the University’s Chancellor until 1981.

“They’re a hidden gem of the building,” says Paul of the royal heirloom displayed outside the Chancellor’s Hall, a grand space with a marbled interior, listed cork floors and a 140-person capacity. 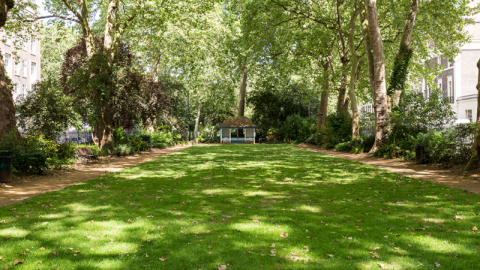 Read more about our outdoor spaces

The building‘s vast Library – which can be used for filming – is also full of such treasures, from the first collected edition of William Shakespeare’s works to a roll depicting the funeral of Anne of Cleves from 1557.

Another strong draw for film crews is Senate House’s versatility, rendering it suitable for period productions spanning every era, from the 1930s through to the 1970s and 1980s and beyond.

“My favourite transformation was for a BBC drama called Silent Witness,” Paul says, recalling one of three episodes of the long-running crime drama shot at Senate House in recent years.

“The front entrance was a made-up NHS hospital with a lit-up neon sign. There were people walking around with drips in costume, doctors walking around in the foyer area,” he adds.

Another radical makeover saw the site transformed into a Singapore casino for the spy film, The 355 starring Jessica Chastain, which came out earlier this year.

"They dropped lanterns all down the front of the building and they brought a massive dragon to sit at the front," says Paul.

“It was a freezing cold night in late September or October, but actually, we were in Singapore in the summer.”

But for Paul, one of the biggest perks of the job has been to work with directors of photography and see their imagination and creativity take flight at Senate House.

They see a space and their imagination always impresses me. I’ve worked here for so long, but they’ll point out a detail I’ve never seen before or taken for granted. They show up the amazement. 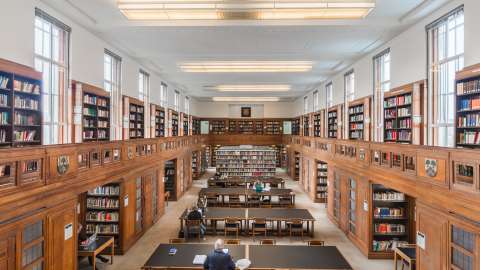 If you are interested in the filming locations at University of London venues, you can contact our bookings team