Centre for Legal and Business Studies

Learn more about studying in Mauritius

Welcome from the Institution

CLBS is a Registered Centre for the University of London in respect of the Bachelor of Laws (LLB) degree. All our lecturers are practicing lawyers who bring their practical experience to the classroom. They are highly qualified and are also respected practitioners.

They have expertise across nearly every aspect of British law and its history, as well as European Union law, International law, Civil law & Legal philosophy.

The faculty comprises of a lecture and seminar rooms, a law library, excellent computing facilities and a canteen. Free Wi-Fi is available throughout the centre.

This list is accurate to the best of our knowledge. However, we recommend that you confirm with the Teaching Centre before applying.

What our students say 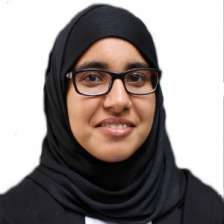 “In 2011, after completing my HSC I registered for the prestigious University of London International Bachelor of Laws programme which ran at CLBS and was not to be disappointed. Already, in the very first weeks, we were given a taste of the law in action through an exceptional induction programme that took us to the Mauritian Parliament, the Supreme Court, the State Law Office and we even met with the Attorney General in person! After my first year at CLBS, I was granted a partial scholarship based on my first-year performance. After my degree, through the assistance of my lecturers at CLBS, I secured a mini-pupillage at a highly reputed Barristers Chambers in Mauritius. CLBS has been a wonderful place to study, I am very pleased to have studied at CLBS and would recommend the institution to any prospective law student.”

After completing her completed her LLB(Hons) Naasira Punjoo proceeded to the United Kingdom to undertake the Bar Professional Training Course (BPTC). She was called to the Bar of England and Wales in 2015 and to the Mauritian Bar in 2017. Naasira then joined the chambers of Sir Hamid Moollan QC and is practicing as a barrister in Mauritius.